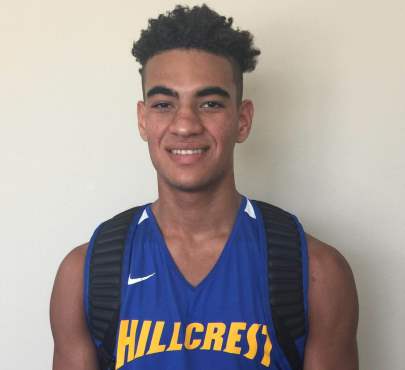 LeFleur has recently moved to the West Coast after coaching at UCONN for many years and also recently Providence.  LeFleur has made a living off recruiting big-time sleeper prospects.  His prospects also pan out.  Two of LeFleur's former unheralded prospects that he signed from the state of Arizona were Gavin Edwards (UCONN) and Bryce Cotton (Providence).

Green is a long and athletic performer with very good versatility as a player.  He is capable of playing multiple positions on the floor, which proves he has excellent versatility as a player.  He is an excellent slasher and finisher, and also in good in the open floor.  He has a good mid-range game and is also a very good mid-range shooter.  He also has the ability to get to the basket and finish above defenders.  A good ball handler and passer.  He is a good overall defender.

Green is currently flourishing at Hillcrest Prep Academy locally and will look to play in the fall of 2017 for UNLV.