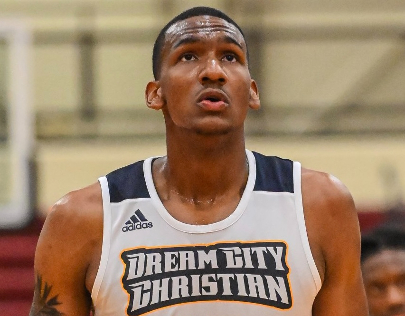 Dream City Christian Prep's 6-foot-11 senior man-child Shawn Phillips has now signed with LSU, after a recent decommitment from NC State. Phillips had given NC State a commitment in the fall and was headed to the Wolfpack program, until a change in staff caused him to re-open his college recruitment. Now LSU is the new recipient of one of the top post talents in America's 2022 Class.

Phillips had narrowed down his final list of college programs to Georgetown, Kansas State, Miami and LSU, before selecting the SEC Conference program.

Phillips is a highly regard post prospect that was once regarded as a Top 40 national prospect by 247 Sports. Phillips is a wide-body post player that plays big and is a very strong finisher around the basket. He has excellent length on his large frame and is able to finish strong at the rim and over defenders. He relishes physical contact and also runs the floor quite well for his size. A strong rebounder and shotblocker, Phillips also is a good low-post scorer and finisher that plays like a true post player. He has upside still and is developing his overall low-post skills.

A native of Dayton, Ohio, Phillips, like many other elite prospects nationally, decided to take his game to the Arizona prep school ranks and play on The Grind Session, alongside the nation's premier 2022 prospect, Shaedon Sharpe, and a nice cast of other highly rated Division-I prospects. Phillips is another nice signee from the Dream City program that had numerous players sign high-major scholarships this season, including Shaedon Sharpe, who signed with Kentucky and looks to be a Top 5 pick in the up-and-coming 2022 NBA Draft.