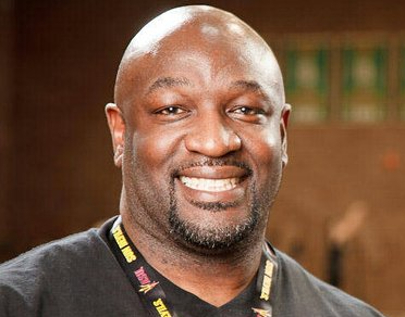 After many years of hard work and dedication to the sport and his craft, former Arizona State basketball standout Lester Neal has earned the opportunity to become the next Head Coach @ Mesa Junior College, where he will now begin recruiting players for the 2022-2023 season. After (10) years as a an assistant in the junior college ranks, Lester Neal will finally get his shot to lead a college program, as the Mesa CC leadership ultimately believed in him - electing to hire Neal over more than (200) other applicants for the position.

I'm very excited about the opportunity," Neal told AZ Central. "It took people to believe in me for this opportunity to happen."

Neal played his last two years of college basketball at Arizona State University in the early 1990's, and was the team's co-MVP in the 1992-93 season, when he averaged nearly 10 rebounds per game and led the PAC-10 Conference. He then played (8) years of professional basketball overseas and finished his degree at ASU in 2012. Neal was then inducted into the Ventura College Sports Hall of Fame and the California Community College Men's Basketball Hall of Fame, as a result of his historic junior college playing career.

This past season, Neal served as an assistant under interim Head Coach Jimmy Herrera at MCC this past season. Herrera was an interim for former Head Coach Sam Ballard who retired before the start to the season.

Lester Neal has been a long-time friend of mine and happened to be the first ever top performer I was involved with in my basketball career, as he anchored my first Pro-AM team, JCI Athletics, in 1995. Neal was a tremendous player and talent, and has worked even harder as a coach and mentor to young men. A native of Chicago, Neal understands hard work and also how to make the most out of opportunities. He has worked diligently for an opportunity to become a head coach, and I am excited for him and the Mesa basketball program for making a hire that will be sustainable and give an opportunity to someone that will make the absolute most of it.