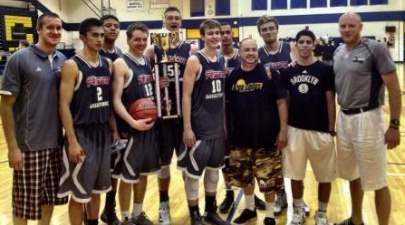 The Arizona Power Basketball Academy program is in their first year of operation for club basketball within the state of Arizona.  Behind the leadership of East Valley-based trainer Sundance Wicks and major financial support, the program launched this spring with numerous teams at different age groups - competing on the regional club circuit this spring and summer.

After several strong performances this spring already, the program is coming off their best weekend of the program's young history after seeing many of their teams finish very strong in this weekend's Adidas Area Codes Elite 8 Invitational held in Phoenix, Arizona.

The event was organized by local tournament director Chad Groth and Etop Udo-Ema of the Compton Magic (CA) club program and also the Full Court Press.  The event featured many of the state's top club teams and also some top-rated club programs from southern California, Nevada and Colorado.

Finishing very strong for the Arizona Power program was Arizona Power Black 17U, as they would win the top 17U Super Pool Division for the event - defeating Compton Magic Select (CA) in the championship game of the event.  Coached by Sundance Wicks and led by Tournament MVP, star 6-foot-3 junior Casey Benson of Corona Del Sol HS, Power Black would cruise to the championship of the event, before wining it all.

Also finishing strong in the event for the program were Arizona Power 16U Black and Red, as both teams reached the final-four of the event's 16U Division.  Arizona Power 15U Black would also finish as a runner-up in the championship game of the 15U Division, as 5 out of the 7 Arizona Power teams made it to the Final 4 or better in this weekend's event.

The Arizona Power program states on their program's website that "Hard work during the week produces results over the weekend."

Congratulations to the Arizona Power program on a fine performance by each of their teams in this weekend's event, as the program looks strong and headed for good things as we head into the summer months of recruiting and more exposure events.