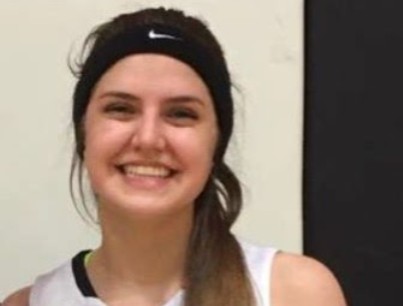 Rori Hoffmeyer is a gifted 6-foot-1 sophomore student-athlete that plays for Cibola High School in Yuma, Arizona.  Positioned down in the very Southwest corner of Arizona, Cibola High School has a tougher time than many valley schools getting exposure, and especially for the level of talent that is usually all over the media.

I caught up with Rori at the Arizona Preps 22nd Annual Fall Showcase, and as I spoke with Rori, I realized that she was so selfless, and hadn't thought of what to say about herself . Instead, she spoke highly of her teammates.  A breath of fresh air for most any coach to have that type of attitude in a player - especially from an underclassmen.

At 6-1, Rori is able to play back-to-the-basket or face up with a nice touch around the paint, and has a nice mid-range game to make her a must guard threat.  Rori has some strong guard play around her, which should help make Cibola a tough team with intentions of surprising some of the big valley schools this season - right on into a playoff appearance.

Rori also gives great praise to her coaches and the parents that have been very supportive in her growth as a student athlete.

Rori is looking to play at the next level while earning her degree.  I'll definitely be keeping a close eye on this young up-and-comer.