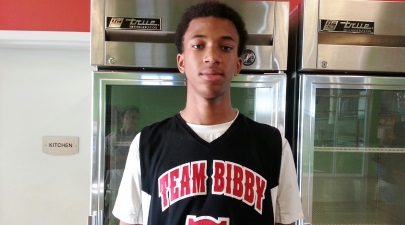 There have been many of Arizona's elite prospects receiving major attention at an early age throughout the years.  Such past Arizona star players as Matt Carlino (BYU), Nick Johnson (University of Arizona), Jerryd Bayless (Memphis Grizzlies) and Mike Bibby (Former NBA player) are just a few names of past Arizona products that have received early national recognition for their young exploits on the AAU/club circuit.

One player that has received the most national recognition early on in his young basketball career is #1 nationally ranked 7th grader Marvin Bagley Jr.  Bagley is nationally recognized by every national scout as the top prospect from America's 2018 class - an amazing honor for a young prospect from the state of Arizona.  While I never like to declare that such a young prospect is destined for greatness in the future, it is impossible not to do so in this unique case.

Former Highland HS star guard Matt Carlino received a national #1 ranking from such top-rated national scouts as Clark Francis (Hoop Scoop) early on his high high school career, but quickly saw that ranking drop considerably over time as he entered the high school ranks.  Carlino would go on to commit to the University of Indiana, before signing with UCLA and then transferring to BYU, where he currently is among the program's leading scorers.

For Bagley, the road ahead looks to be much different, as this young man is a unique talent that is destined for greatness and already possesses the amazing size and superb skillsets that have basketball scouts, such as myself, declaring him as a future pro.  Never before in the state of Arizona have I seen a kid this young, this good and this big.

At 6-foot-8 in height already, Bagley towers over any competition in his age group and looks almost strange on the basketball court against players in his class.  His unique and advanced skillset which allows him to play on the perimeter and around the paint, and also his left-handed shooting prowess made him very difficult to defend for opposing players.  What is most impressive is that as a mere 7th grader, Bagley is already dunking the basketball with ease and over defenders in traffic.

In last weekend's Southwest Showcase Main Event, Bagley led his 15 & Under Team Bibby club program to the championship of this year's 16U Tournament Title.  In the event, Bagley's group of top-rated freshman prospects and himself, a mere 7th grader, defeated a loaded group of sophomores with a Team Power 16U team, which also featured star 8th grade prospect Markus Howard - another young phenom in the state.

Bagley's potential as a prospect is ultra-glaring as he is already receiving major national notoriety from top-rated basketball scouts across the country.  As a result, this kind of national attention can become a huge distraction for such a young prospect and his family.  Like that of young phenom golfer, 14-year-old Chinese amateur Tianlang Guan playing in the Masters golf tournament this weekend, Bagley will continue to draw rave attention every time he takes the basketball floor in his future.  Bagley will need to continue to work very hard on his game and remain focused on his development on and off the basketball floor to reach his full potential as a basketball prospect in the future.

Keep an eye out for this young man over the next five years of basketball, as his name has already become a household name among basketball enthusiasts in the state.  By the time it is all said and done, this young man could become the best the state has ever seen.