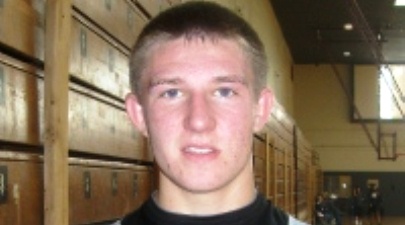 Westwind Prep’s skilled 6-foot-4, 210-pound senior guard Josh Braun recovered nicely from a knee injury that he suffered last spring – an injury that caused him to miss the remainder of the spring and also the summer evaluation period.  But soon after returning to action, less than 3 months later, Braun saw an injury to his other knee, and another torn ACL injury.  As a result, Braun is now recovering once again - hoping to return to action after a freshman year of recovery.

With Braun's college recruitment hanging in the balance as a result of the injury, the gifted senior shooting guard prospect landed a dream come true for himself as he signed on Tuesday with Grand Canyon University and new head coach and former Phoenix Suns' legend Dan Majerle.

The scholarship opportunity for Braun with GCU is one of terrific timing, and the fact that Braun will be playing for a head coach that played the game at the highest level and at Braun's position on the floor is a delightful circumstance for the talented 2013 prospect.

Braun returned to basketball action over the winter months of 2013 and played at Westwind Prep Academy this season - playing for Westwind’s National Team.  After playing three seasons at Boulder Creek HS, and helping lead the school to a state championship, Braun decided last summer to change programs and finish at Westwind Prep.

After returning to action late in his senior season, Braun looked much like the player that many basketball enthusiasts were accustomed to seeing play his last three seasons of high school – a player that garnered much college recruitment as a result.  Braun formerly held scholarship offers from New Mexico State, UC-Irvine, Northern Arizona and Drake University, while such schools as the University of Utah were expressing strong interest.

Braun had an excellent junior season – leading his Boulder Creek team to a 20-7 overall record.  Braun averaged a team-high in points and rebounds – averaging 18.5 points and 9.4 rebounds per/game, while playing almost every position on the floor for former head coach Randy Walker.

Braun is a very nice talent and, before the second knee injury, was regarded as the top unsigned recruiting target in the state.  His ability to compete, shoot the basketball and make plays made him very attractive to college programs.

Arizona Hoop Review Scouting Report:  Braun is a tough prospect with good athleticism and a great knack for the ball.  Braun has a very good physical build with excellent toughness.  He has a very nice shooting stroke that he shoots with very good confidence and nice range.  Braun can also get his own shot off the dribble and make plays for himself or others.  He is also a good scorer around the painted area of the floor, as he does not mind physical contact and gets to the free throw line.  A very good ball-handler that is capable of playing either guard position on the floor, but is at his best from the shooting guard position where he can score the basketball.  A very good rebounder with a good wingspan.  A good defender.  Possesses excellent work ethic and has good passion for the game.  Has a bright future ahead of him depending on what level he lands at.  Among the best well-rounded basketball prospects in Arizona – regardless of class.