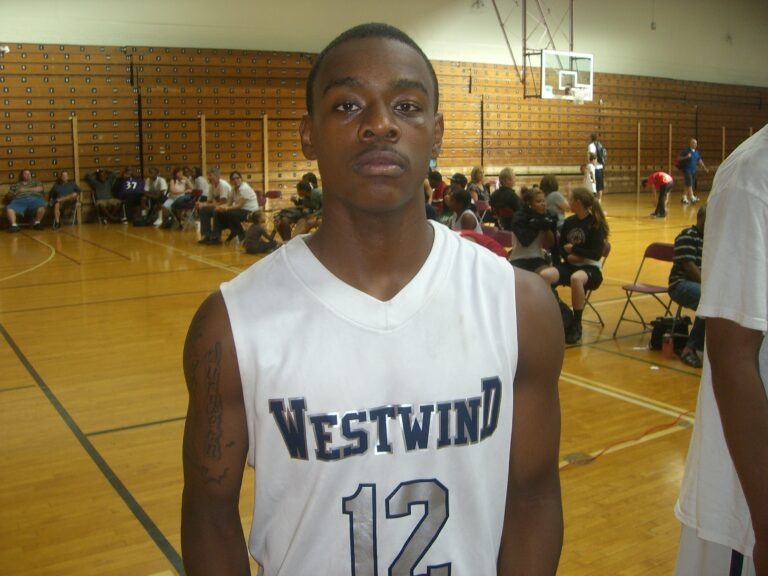 Since returning to Westwind Prep in his final season as a post-graduate, Moody has now picked up four different division-I offers this school year.  Moody generated scholarship offers from such schools as Jacksonville, Texas-Southern, Hampton University and, on Monday evening, an offer from Chicago State University.

Moody advised me that he is taking it all in stride and that he is in no rush to make a decision, but instead expects to play through the spring evaluation period.  With division-I college coaches out this April on two separate weekends, Moody plans to catch the attention of more division-I coaches in search of a point guard.

Moody said he is also enjoying his talks with the coaching staff at Jacksonville and could pull the trigger with the school in the future as well if things continue to progress.

Moody is a terrific point guard prospect with floor general leadership skills.  He is an exceptional ballhandler with excellent speed and quickness off the dribble.  He sees the floor and has a knack for getting the basketball to the open man with crisp passing and a swagger on the basketball court.  Moody is an excellent penetrator and also a good finisher around the basket where he uses a variety of floaters to get his shot off over bigger defenders, and can get to the rim with the best of them.

Moody is also a very good shooter of the basketball and has excellent range on his shot with a quick release.  He does has such an unselfish mentality on the basketball court, that I would like him to be more selfish with the basketball since he is such a good scorer of the basketball.  Moody is a pass-first point guard that is able to score whenever he almost feels like it, since he has a strong ability to create his own shot.

Defensively, Moody is a lock-down defender that gets very low to the ground and has excellent lateral quickness.  He anticipates the play and does a great job of beating his man to the spot.  He also creates turnovers with his strong defensive pressure and is an asset to his team.  This is probably Moody's best asset as a point guard prospect.

Moody also advised me that he is currently waiting from the NCAA to rule him academically eligible.  While he has completed his coursework, achieved a passing test score and also has met the minimum NCAA gpa requirements, Moody still waits to receive the go-ahead from the NCAA - especially since Westwind Prep Academy has had recent troubles with other recruited prospects (I.E. Demarquise Johnson and Richard Peters) .

Moody's father, John Moody, said they should hear something from the NCAA later this month.

Moody will look to play this spring during the weekends of April 20-22nd and April 27-29th with the Arizona Magic Elite coached by Kenny Mullins.

Arizona Prepswill continue to follow Moody's recruitment closely, and bring you any updates as they continue to develop.