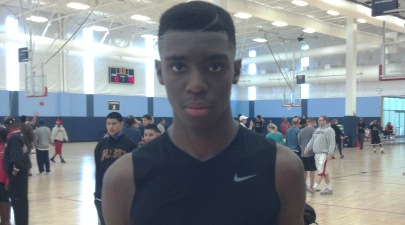 Numerous college coaches were also in attendance throughout the weekend for the event, as assistant coaches from such programs as Arizona, Arizona State, Memphis, Washington, Wyoming, Texas San-Antonio, Drake and Louisiana Lafayette.  Arizona Preps was on hand for much of the weekend, as were top-rated scouts Jerry Mullens (Mullen Sports) and Frank Woodford (The Recruit Scoop).

With Westwind Prep's Post-Graduate and National Teams in participation this weekend, Westwind's National Team of high school juniors and seniors would win this year's tournament, led by the play of 6-foot-7 junior guard/forward Zylan Cheatham.  Cheatham would earn Tournament Most Valuable Player honors with his overall performance throughout the weekend.  Cheatham played the point guard position for Westwind Prep for the majority of the weekend - a move by head coach Jeff De Laveaga that allowed the talented and athletic prospect to make plays for himself and others.

The Westwind Prep National Team has had an excellent season in their first year of operation, now improving to 21-7 on the season amidst top-rated prep and junior college competition.  Congratulations to these young men on a fine performance this weekend and making Arizona proud.