Wesley Harris On The Rise 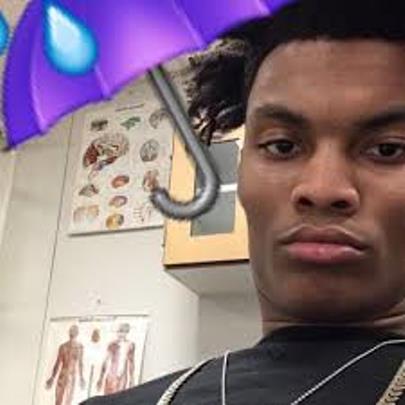 One prospect that will be making an immediate move up the 2018 Class Player Rankings will be Desert Vista High School's 6-foot-6, 180-pound junior wing Wesley Harris.  After his performance this week against Chandler High School, where he and his team turned in the best performance of the year.  As a result of their performance, Harris proved that he is worthy of a serious jump in our new 2018 player rankings.

Harris is an exciting performer with an ultra-live body and motor, and serious bounce off the floor - allowing him to make plays on the court that most prospects cannot make.  Harris has very good size and length and he uses every bit of it to make plays on both ends of the floor that help his team win.  His high wire act-like athleticism is very explosive and brings fans out of their seats.  He is a unique basketball talent that will raise many eyebrows with his play this season and into the 2017 spring recruiting period.

Currently, Harris is receiving some division-I interest and has already received a division-I offer from Portland State.  This young man will look to gain much more recruiting interest throughout the high school season and into the spring evaluation period, and I expect that he will now garner much higher college recruitment over the next year, since he will also be playing next spring with the Compton Magic club program.

This high school season, Harris should and will dominate the state's competition, as there are not many other prospects in the state that possesses his size and athleticism, and, for that matter, his unique talent level.  To maximize his potential as a college prospect and to develop as a player, Harris will definitely need to shoot the basketball better and with range, but his ability to play above the rim is glaring and allows him to compete at a high level.

I will continue watching this young man perform this high school season, and look forward to seeing him make a nice jump in our next 2018 Class Player Rankings.