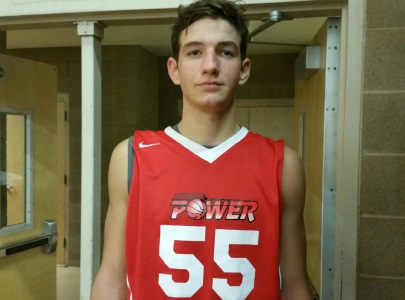 Weidenaar was regarded among the top prospects in Montana before moving to Arizona.  He is a good-sized wing prospect with a very nice shooting stroke with range - his best asset.  He is able to score inside and out, but becomes a mis-match on the perimeter for players his size.  He also looks very comfortable on the wing, although he will probably see much of his time next season in the post for Horizon.  Weidenaar has a good looking body, with solid athleticism.  He competes hard and plays with good intensity.  He is also a good low post scorer and active rebounder, also a solid finisher.

Weidenaar traveled this spring and summer with the Arizona Power organization, and saw his college recruitment pick up quickly.  So quick that Weidenaar gave an early verbal commitment to Central Arkansas and head coach Russ Pennell and his staff.

Weidenaar played very well this summer on the AAU/club circuit and proved that he was very comfortable on the big stage and has excellent potential as a player.  Weidenaar is a rare find today - a big wing with a shooting stroke.

Look for Weidenaar to have a very good senior season at Horizon, on a fast-breaking offense that puts up a lot of points.