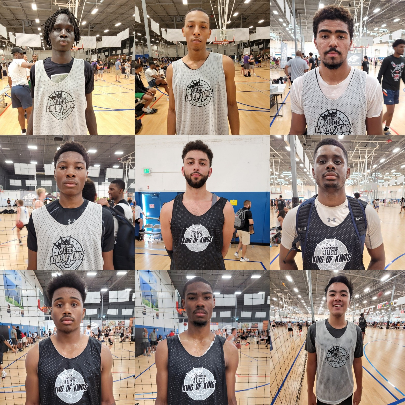 West Coast Elite has been running mainstream events with a solid collection of prospects. 4-Year Colleges needing prospects who can make an immediate impact needed to be in attendance, as this year’s WCE Unsigned JUCO Event had some talented difference-makers and talent. Arizona Preps Senior Editor Anthony Ray and Director of Operations George Courtney made the trip to Irvine, CA, to evaluate these prospects. Here are some of the top performers from the event that were seen by George Courtney . . .

Dorian Harris - 6-6 Wing JUCO FR Cerritos College - A game-changer who competes at a high level. He thrives in transition, looks to fill lanes well and runs the floor on both ends. A long pesky defender who can defend the perimeter and inside well. I love his finishing ability and range. An elite prospect who can make an immediate impact at a mid-major-plus.

Gordon Boykins - 6-2 Guard 2021 HS Grad Elite Prep - A nice combo guard who is a pesky defender on & off the ball. He is an athletic prospect with great finishing ability. He has a great motor and good anticipation.

Gedeon Germinal - 6-1 Guard JUCO SO Fingerlakes CC - A tough athletic guard prospect who surveys well. He has nice range and looks to push the tempo. He is a physical on-ball defender. A nice combo-guard prospect.

Thomas Stanley - 6-4 Wing JUCO FR Elsworth CC - A crafty pure scorer who can defend inside and on the perimeter. He has good range and finishing ability. Impressed with how strong he is and ability to defend bigger players.

Richard Wilson - 6-4 SG JUCO SO - El Camino CC - He is an excellent defender on and off the ball with range and solid motor. This young man is hungry, he plays with a purpose and a fire. 4-year schools take a look at this young man.

Jarred Jones - 6-3 CG 2021 Middlebrooks HS - A nice combo guard prospect with a good feel for the game. He plays uptempo and looks to kickstart the transition offense. He facilitates well and has a great IQ.

Makalani Kafele - 6-6 Forward JUCO FR Moberly Area CC - An athletic prospect who plays the small and power forward positions. He is athletic and cleans the glass well. Impressed with his defensive skills and scoring range.

Joseph Anderson - 6-3 SG JUCO SO West Los Angeles CC - A long athletic slashing guard with great finishing ability. He really gets after it defensively. A nice prospect to keep an eye on.

Blake Muray - 6-3 G JUCO SO College of Marin - A physical guard prospect who blows through contact and finishes strong. He looks impressive with his athleticism and strength.

Mike Harris - 6-0 PG JUCO SO Pasadena CC - A floor general who is a vocal leader. Does a fantastic job facilitating the offense and defends well on and off the ball. Would be a solid pickup for a 4 year school.