Washington Proves Value On The Circuit 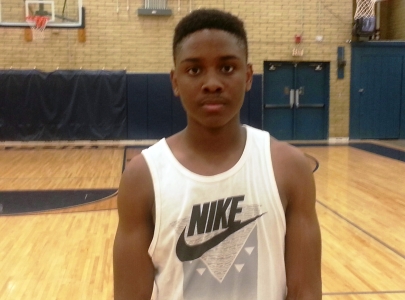 McClintock High School has one of the best backcourts in the state, and as a result, many people often forget about both guard prospects.  While senior guard Amiri Chukwuemeka has received a lot of attention for McClintock, 5-foot-11, 165-pound senior guard Malique Washington has been just as good for the Chargers.  Washington posted some of the best overall numbers last high school season, and then continued his strong play this spring and summer.

Last season as a junior, Washington averaged nice numbers on the season, averaging 18.6 points, 5.2 rebounds, 3.6 assists and 2.9 steals per/contest - very impressive numbers for a junior guard prospect in the state.  This season as a senior, look for Washington to do very much of the same.  Last season, McClintock HS finished 18-9 overall on the season.  The impressive backcourt of Washington and Chukwuemeka will look to improve on their season record next season as seniors.

This summer, Washington was doing his part to improve his exposure to college coaches by playing strong on the AAU/club circuit.  Washington travelled this spring and summer with passionate head coach Justin Allen and his group, Passion 4 Ball - a team filled with the state's top 2016 prospects.  Washington was one of the most consistent performers on the team and came up big in numerous games for Allen and his coaching staff this summer.

As a result, Washington has generated some college interest from numerous smaller college programs.  We will wait to see which schools step for to the forefront for Washington in his recruiting process.  It will also be very interesting to see where he ultimately lands for college.

I will continue to follow the recruitment of Washington closely.