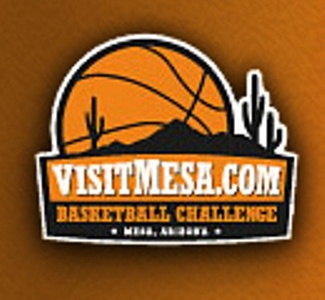 This year's loaded field of teams for the 2013 event at Mesa Mountain View High School is no different than year's past, and actually looks to be the best ever.

The tournament will feature many of Arizona's best teams, including the state's top two teams this season - undefeated Corona Del Sol and Pinnacle High School.  Corona and Pinnacle met last year in the Division-I state championship game, with Corona overcoming a halftime deficit to Pinnacle and winning their second-consecutive state D-I title.  The two teams could meet up again in this year's event, although they will not face each other, most likely, unless both teams go undefeated in the event and match-up on the final day.

The remainder of the field is also loaded with such teams as Gilbert, Mesa Mountain View, Desert Mountain, Chaparral, Highland, Gilbert Christian and Dobson High School.

Tournament Directors Marc Beasley of Monarch Sports and Dr. Steve Hogen, Athletic Director for Mesa Public Schools, have done an excellent job, once again, of putting together a superior and quality event for the state of Arizona, and I will look forward to catching as much of the action as possible over the next 6 days, and bringing you my top performers and performances from the event.