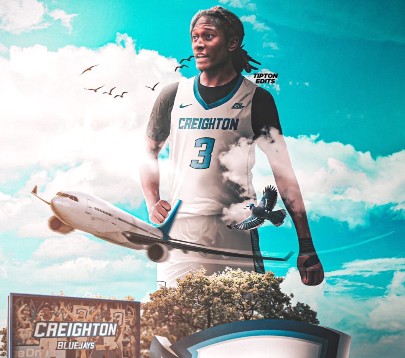 It is that time of the year when some of the nation's top-rated basketball prospects are falling off the recruiting board, during the early signing period. Even with the growing COVID-19 pandemic, some of the top prospects in America's 2021 Class are pulling the trigger on their college recruitment. On Sunday evening, with many people in the basketball community waiting to see where he would land, AZ Compass Prep's star 6-foot-4, 180-pound senior guard Ty Ty Washington decided to end his college recruitment - giving a commitment and signing a national letter of intent with Creighton University.

Washington has been a major story in the state of Arizona throughout the summer, as he soared in numerous events and was the talk of Arizona basketball, as a result of his consistent exploits on the basketball court. Washington torched his competition consistently and often throughout the summer and fall, regardless of the COVID growing pandemic, which raised his recruiting stock and respect among the nation's top scouts and media. Washington's terrific performances against the top talent in the West, raised his recruiting stock - making his recruiting decision much more important to the basketball community.

Washington is a integral member of the Arizona basketball community and has grown up through our eyes in the state, so when he made his decision for a college program, it felt like one of Arizona's own had reached a milestone in his basketball career. With so many people around the state pulling for Washington's success, it felt great to see this young man climb the recruiting plateau - announcing his decision to sign with a high-major Division-I college program.

Washington is a superb talent with excellent size as a combo-guard. He is very skilled off the dribble and can create a shot for himself, almost at will. He gets to the basket very easily and can create shots for himself or his teammates, when he decides to make things happen off the dribble - making it very difficult for opposing defenders to stop him or even slow him down. He is also a pure shooter of the basketball with amazing range on his shot. An excellent ball handler and passer, Washington is a pure point guard and floor general that sees plays before they happen. He is a rare find among today's guards.

This season, Washington has been terrific - proving his value among the nation's top 2021 prospects. Fresh off leading his team to the Championship in the recent Pangos All-American Festival, and also leading his AZ Compass Prep team a tremendous undefeated start to their season, and an undefeated performance on the Grind Session, Washington is absolutely hot and trending in the right direction - set to have a huge senior season for himself and his prep program.

Congratulations to Washington, his family and the AZ Compass Prep program on his big commitment, his success on and off the basketball court and proving that it is not where you start, but where you finish - an excellent role model for today's student-athletes.