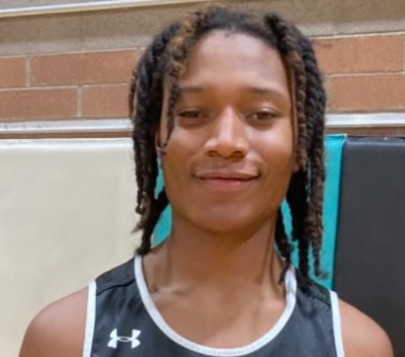 AZ Compass Prep's star 6-foot-4, 180-pound senior guard Ty Ty Washington has had the best high school season to date in this state, and one of the very best individual seasons in Arizona history - leading #1 nationally ranked AZ Compass Prep to a top ranking nationally and a National Championship on The Grind Session. Washington is one of the hottest prospects in America, and has been all season long. Last week, Washington decided to de-commit from Creighton University and re-open his college recruitment - making him a very attractive high school prospect nationally among the top college programs in America.

Washington recently decided to end his college recruitment - giving a commitment to Creighton University and Head Coach Greg McDermott. Creighton seemed to be the perfect fit for Washington, who many believe to be the top overall point guard in America. Washington seemed like a perfect fit for Creighton, and the Creighton program would compliment the unique talent and skill-set of Washington. But after a recent situation where Creighton University suspended McDermott after he admitted to making a "terribly inappropriate analogy" when he told his players not to "leave the plantation," the future of McDermott seemed uncertain, and the desire to play for him diminished among his current players.

Since making his decision to go back on the recruiting market, Washington has fielded a large number of calls from many high-major college programs. Washington has already received new offers now from Kansas, Arizona, UCLA, Texas A&M. Oregon, Texas Tech, PITT and Dayton. He is also hearing from many more colleges that should soon offer as well.

Washington is a superb talent with excellent size as a combo-guard. He is very skilled off the dribble and can create a shot for himself, almost at will. He gets to the basket very easily and can create shots for himself or his teammates, when he decides to make things happen off the dribble - making it very difficult for opposing defenders to stop him or even slow him down. He is also a pure shooter of the basketball with amazing range on his shot. An excellent ball handler and passer, Washington is a pure point guard and floor general that sees plays before they happen. He is a rare find among today's guards.

It will be very interesting now to see where Washington ultimately lands for college. While he was a lock for Creighton since making his decision, but not anymore. While there is no guarantee that he will not elect to still sign with Creighton, but it will definitely be an intense race to land the gifted guard prospect. Washington, who was recently snubbed by the McDonald's All-American committee for the 2021 McDonald's All-American Team, will now have an opportunity to be recruited in the manner that he deserves, and shown maximum attention for the true legendary talent that he has become.