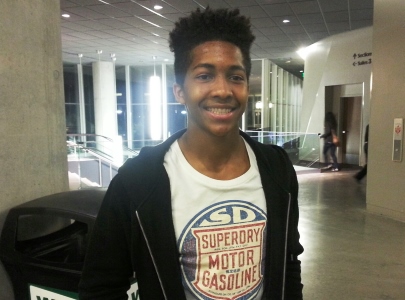 While he had considered making a jump to the 2015 class and attending post-graduate next season, Westwind Prep Academy’s 6-foot senior point guard prospect Ny Redding is now officially off the recruiting board - deciding to jump on a high-major division-I college program in the PAC-12 Conference.  A native of Ohio, Redding ventured to the state of Arizona this season to attend Westwind Prep where he quickly emerged as one of the state’s hottest guard prospects.

Redding is a pure-point guard prospect with a nice overall feel for the game and a propensity to score the basketball for himself, while creating many scoring opportunities for others around him.

Also giving a verbal commitment from Westwind Prep, is talented foreigner, 6-foot-6 prep forward Edwin Olympio.  Olympio gave a verbal commitment to the University of Texas-San Antonio this weekend, and will sign with UTSA today.  Olympio is a versatile combo-forward prospect with excellent toughness and a high motor.  He is a very good kid on and off the floor, and should provide immediate help for head coach Brooks Thompson and his staff.  Assistant coach Dan O'Dowd was responsible for the recruitment of Olympio.

Overall this year, the Westwind Prep coaching staff has been a God-send for the prospects at their program, and any prospect considering a prep school should look no further, as Jai Steadman and Nick Weaver have worked tirelessly to aid the lives of the young men in their program - landing double-digit division-I scholarships for their student-athletes this season.  Amazing job!