Two-sporters, Moss & Jagne off the board 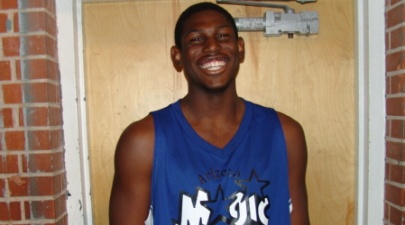 While both top-rated basketball prospects were recruited heavily by numerous college basketball programs, both student-athletes decided to be smart about their athletic futures and give verbal commitments for football - both will be signing with BCS programs.

Moss recently decided to end his college recruitment at the Semper Fidelis All-American Bowl - giving a verbal pledge to the University of Nebraska.

Jagne considered all his options and nearly a month after taking his official visit to the University of Colorado, decided to give a verbal pledge to the Buffaloes.

Moss and Jagne both shined this past spring and summer on the club circuit while playing a major role in leading their Arizona Magic Pump N Run-2012 squad to four tournament titles, and also a #17 national ranking by FiveStarBasketball.com.

Moss and Jagne garnered recruiting attention from many college programs for football, as they reeled in scholarship offers from such schools as Arizona, Arizona State, Nebraska, San Diego State, Stanford, Washington and Washington State, among many others.

As basketball prospects, Moss and Jagne received serious recruiting interest from such schools as University of Denver, Pepperdine, San Diego and UC-Santa Barbara.