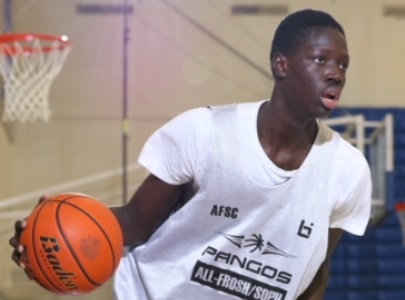 Tri-City Christian Academy is coming off another very successful season that ended in a trip to their fifth consecutive state championship game at the Suns Arena.  Over that span, the Warriors have posted a record of 103-10.  This season the guys will look to get back to the state title game to handle some unfinished business after losing in overtime last year.

The Warriors will have a lot of new faces on the roster this season, but it could be the most talented group from top to bottom in the school’s 45-year history.  Tri-City graduated five seniors last year including two starters in Grant Jones (6.2 ppg, 2.7apg) and Canyon Athletic Association Player of the Year Nigel Shadd (18.5 ppg, 13.7 rpg and 4.3bpg). Shadd, now playing at Kansas State in the Big 12, is the school’s all-time leading rebounder and shot blocker. Those two starters were clutch during the team’s state title runs, and will be tough to replace.

For the 15th consecutive season, Tri-City Christian will be led by head coach Paul Brown. As the boys’ coach at Tri-City, Coach Brown holds an all-time record of 244-61 (.800) with four state championship titles and four state runner-up finishes. His winning percentage is impressive considering the Warriors, who have just over 100 high school students, have played up multiple divisions above their school size in twelve of the fifteen seasons. Tri-City is a private school with tuition that does not provide scholarships.

On the court, the Warriors will be led by three returning starters, seniors Taylor Ball, Isaiah Alonzo and junior Kenny Perry. Ball was outstanding last season averaging 14.3 points and 7.1 rebounds per game. He shot an excellent 61% from the field, 50% from the 3pt line and 75% from the FT line for the season. Taylor is always the hardest working guy on the court and should have a great final campaign in a Warriors uniform.

Alonzo, a 6-foot-8 forward, is coming off a strong junior season where he led the team in made 3-PT shots with 34 and total assists with 77.  Isaiah is a skilled big man who is a very good passer and can really shoot the ball.  Perry, a 6-2 guard with a 6-5 wingspan, returns after starting 22 games as a sophomore.  Kenny is an elite defender who uses his quickness and length to disrupt opposing guards.  He is a 4.0 student who plays three sports and will provide leadership in the backcourt for the Warriors.

Tri-City will have five other seniors on the roster this season.  6-foot-1 guard Brian Tucker transferred to Tri-City from Combs HS. Tucker averaged 12.5 ppg while shooting 40% from the 3-PT line - helping his Combs team reach 17 wins last year.  Senior Doug Figor will be in uniform after practicing with the team last season. Figor can really shoot the ball and will bring a fast-pace tempo to the team.

Returning guards Noah Christensen, Andrew Witter and Alan Wells round out the senior class.  Christensen played in all 23 games a season ago.  Witter and Wells were big contributors on the JV squad.  Their energy and enthusiasm will be counted on for the Warriors this season.

Along with Perry, Tri-City’s junior class will have two strong newcomers in Mamane Yaou and Neo Powell.  Yaou is a versatile 6-7 forward with a 6-foot-10 wingspan. He is a very good student and will impact the game inside and outside, on both ends of the court.  He played his freshman and sophomore years at Glasgow Christian in Kentucky - leading them to the state championship game where he scored 24 points.  He played club basketball this summer with the Arizona Power, but will be introducing himself to the AZ basketball high school community.

Powell is a lightning-quick 5-foot-8 guard who moved to Arizona from New York.  Last season Powell played for South Shore High School in Brooklyn, helping them to a 15-8 record, while playing club this off-season with the NY Rens. Neo has good court vision, plays with great pace and will knock down the open shot. He will be a nice addition for the Warriors this year.

The sophomore class will be represented by two quality newcomers in Passone Ampry and Fallou Diagne.  Ampry is the cousin of Powell who also moved from South Shore HS in New York to Arizona.  Passone is a fast, aggressive guard on both ends and will bring great energy every night. Diagne is a 6-10 forward from Senegal.  Fallou is a very talented big man with a 7-foot wingspan, who can handle the ball and shoot the 3.  He had a great showing this fall at a Pangos Camp, which put his name out there among national scouts and college coaches.  His physical play and versatility will be fun to watch develop throughout this season.

Come out and see this talented group of players represent Tri-City in what should be a challenging, but exciting 2017-2018 season.  See the entire schedule and follow the team all season long on maxpreps.com or azcaa.com. Go Warriors!