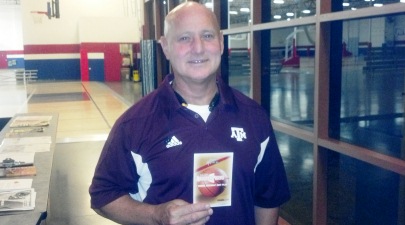 Top-rated scout Max Ivany of D1NATION.COM will be in attendance for this year's 14th Annual Arizona Preps Fall Showcase along with a large number of other top-rated basketball scouts.
Share
Facebook Twitter LinkedIn WhatsApp Pinterest Email

The Arizona Preps Fall Showcase has taken place for more than a decade within the state of Arizona, and has produced hundreds of student-athletes that have gone on to play college basketball, both male and female.  This exciting annual event has brought many opportunities to Arizona student-athletes over the past 13 years, and this year will be no different - in fact, this year could be the best ever as this year's event will be bringing in some of the biggest and best college scouts in the country.

No other event in Arizona will bring the recruitment opportunities for Arizona's basketball prospects that this year's 14th Annual Arizona Preps Fall Showcase will, as some of the best basketball scouts on the West Coast will be present at this year's event on October 27th at Inspire Courts in Chandler, Arizona.

Arizona Preps is very proud to announce that Max Ivany of D1Nation.com, another top-rated national recruiting site, will be attending this year's Fall Showcase.  Ivany, while being from the state of Texas, covers the best basketball prospects in the Southwest for many college programs across the country.  Ivany has expanded his scouting efforts to the state of Arizona, and is one of the countries most respected scouts in the business - having scouted, coached and produced more than 150+ division-1 prospects for college programs.

Over the past 10 years, Ivany has also developed the D1 Ambassadors club program into a national powerhouse, and Coach Ivany is among the most influential recruiting gurus in the United States.  His D1 Nation Prep Reports are followed daily on a worldwide basis with over 1,000,ooo hits.

Ivany will be joining many other top-rated basketball scouts at this year's event, and we will be featuring each of those scouts over the remainder of this month.  While many other events claim to bring exposure to Arizona's student-athletes, the Fall Showcase each year has delivered on this claim.

To be sure that you are not left out you need to register as soon as possible.

THIS EVENT IS LIMITED TO 120 HIGH SCHOOL AGED BOYS/GIRLS, REGARDLESS OF GRADE CLASSIFICATION.

* COMPETE AGAINST TOP PLAYERS IN THE STATE & ON THE WEST COAST

* EACH PARTICIPANT GUARANTEED TO PLAY IN THREE GAMES

* EQUAL PLAYING TIME FOR ALL PARTICIPANTS

* EACH PARTICIPANT WILL RECEIVE AN OFFICIAL TOURNAMENT PLAYING JERSEY