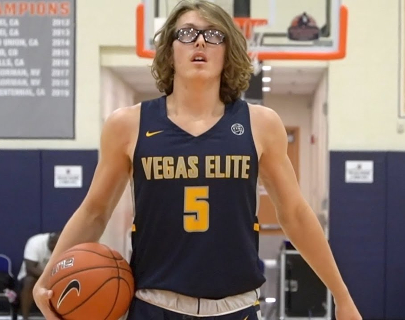 The rich continue to get richer, as more and more top-rated student-athletes from abroad continue to land at local Arizona prep powerhouse basketball programs. While this year's Dream City Christian Prep basketball program is already absolutely loaded with unique basketball talent for their National program, the program recently announced the addition of tough and hard-nosed 6-foot-7 junior forward Andrew Meadow to their current lineup. Meadow is among the top overall 2023 prospects in the West and will be an amazing addition to an already-loaded program of college prospects.

Prep school programs in the state of Arizona have taken Arizona basketball to an entirely new level, and continue to develop a new and rich prep basketball tradition in the state. The prep programs continue to attract the nation's top basketball talent and have become home to some of the elite prospects in America. Andrew Meadow is just another elite prospect in the West that has decided to change his high school home, for an opportunity to compete this season on the highly-acclaimed Grind Session.

Meadow, a native of Southern California where he attended West Ranch High School, received his first Division-I offer as a mere freshman from the PAC-12's Washington State University. Since, he has received a large number of Division-I offers for himself from Washington, Loyola Marymount, San Diego State, New Mexico, Fresno State, UC-Santa Barbara, San Francisco, Cal Poly and Southern Utah. Over the next (6) months, I would expect that Meadow will continue to receive many more offers for himself, and will garner much more college recruitment. Meadow has not currently indicated a leader in his college recruitment.

I have evaluated Meadow as a college prospect throughout the many times I have seen him on the club circuit and in numerous camps and showcase events. Meadows is one of my favorite overall prospects in the West, and has been a joy to watch develop and perform over the past several years. He is a throw-back performer, as he shares a resemblance as a player to former NBA veteran forward Kurt Rambis - a tough and athletic 3/4 man that is a sheer mis-match to his opponents and is able to play inside and out. Meadow is very strong and athletic and is relentless around the glass. He has very good athleticism and good overall size. He is a very strong finisher around the rim and is very active around the basket. Also a good low-post scorer. Active and excellent rebounder. Runs the floor well and hard and is a strong finisher in the open floor or in the half-court set. A good shotblocker. Has very good potential. A very good looking overall prospect that simply outworks other opposing frontcourt players for strong and consistent results.