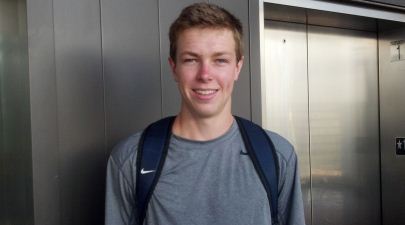 Many prospects in Arizona develop later than sooner.  This has definitely been the case for Chaparral High School's 6-foot-6 graduated senior forward Zach Tolson.  Tolson has seen his game develop rapidly throughout his senior season, and then through the spring and summer months - enough that the talented wing prospect will head the prep school route this fall in an effort to develop much more before taking his game to the collegiate ranks.

Tolsoon has decided to take his game this fall to local prep school power, Westwind Prep, where he will compete on the program's post-graduate team and compete against other prep school programs and local junior colleges during the 2012-2013 season.  The experience and maturity gained from a season under experienced Westwind post-grad head coach Mark Brown will be very beneficial for Tolson.  Tolson simply needs to mature physically and gain more experience before heading to a four-year college.

Tolson is coming off a very good summer performance for himself where he turned his best play in the recent Adidas Super 64 tournament in Las Vegas.  In the event, Tolson helped his club program, the Arizona Magic Pump N Run-2013, to a runner-up championship finish in the event.

Tolson is a bigger wing prospect with an excellent shooting stroke with unlimited range.  He is at his best while catching and shooting the basketball, but needs to continue to improve his ability to score the basketball off the dribble, while also handling the basketball better in the open floor.  He also needs to become a better defender and improve his ability to defend more athletic players at his position.  He also needs to get stronger to become a better rebounder on both ends of the floor to maximize his full potential as a college prospect.  Many of Tolson's weaknesses will be realized with natural maturity and the strength and conditioning that he will receive throughout his prep year, while working out with personal trainer Padraig O'brien.