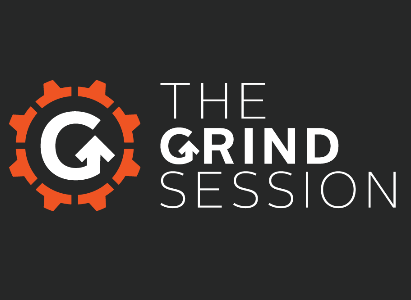 If you haven't heard yet, Arizona basketball has quickly developed into a hot-bed for top-rated national basketball talent. While I predicted this situation would take place over time, as a result of the injection of successful prep programs being created throughout the state, no one could have predicted what has currently taken place, as the state has catapulted even further as a result of the development of The Grind Session, America's top basketball circuit for the nation's elite prep programs. Developed more than (5) years ago, after the need for a national prep circuit became more and more glaring, simply put, The Grind Session has taken Arizona basketball to new heights.

First, The Grind Session emerged at a time when top-rated local prep programs such as Hillcrest Prep and Bella Vista Prep (formerly known as Aspire Academy), and also nationally acclaimed prep programs such as Findlay Prep (NV) lacked games and true competition to build their season schedule. Organizers of The Grind Session put together a national circuit that would allow for elite competition in a very organized format - putting together the best match-ups for college coaches, scouts and media to witness.

The Grind Session's website states, "The Grind Session is the first-ever winter circuit of elite high school basketball events. In past seasons, our teams have played in some of the greatest and most unique cities of the U.S., as well as the Bahamas, and Canada. From late November to early March, over 150 action-packed games will be played. The Grind Session is more than just great games: it’s an opportunity to prepare for the next chapter of your basketball career."

Hillcrest Prep would win a National Championship, led by DeAndre Ayton, and then Bella Vista Prep would also win a National Championship of their own on the circuit. The success of the two Arizona prep programs would give immediate rise to more prep programs in the state of Arizona, as more players and prep program organizers looked to get a piece of the action with the nation's top basketball circuit. This development, while creating maximum competition today for players between prep schools and the Arizona Interscholastic Association (AIA) and Canyon Athletic Association (CAA), ultimately raised the level of basketball and college prospects in the state.

For many years, since 1995, I have personally carried the torch for Arizona's top prospects - attempting to raise awareness to college coaches around the level of basketball talent in our state. Truthfully, Arizona did not have loads of talent and many of our top prospects left our state to play for highly-acclaimed club programs in other states to gain maximum exposure to college coaches. The development of The Grind Session put prep programs at the forefront, and today, as I had expected many years ago, prep programs have developed into much more than just schools, as they are now regarded in the manner top club programs were perceived (10) years ago. Show companies such as Nike, Adidas and Under Armour are now more focused on prep programs, especially as a result of the unexpected COVID-19 pandemic that hit the world in 2020.

With the consistent and growing pandemic upon us, and club basketball suspended and high school basketball programs and tournaments across the country also suspended until further notice throughout the summer and fall, prep programs continued to play, and, as a result, attracted even more of the nation's top prospects, as student-athletes looked for new homes for their talents. While prep programs packed their rosters and prepared for their respective seasons, The Grind Session became even hotter, as it became the only place in America that would provide consistent high-level competition for the nation's best teams and players. While there may have been a few challenges initially, The Grind Session circuit has blossomed and become the talk of the national basketball community, while the AIA and CAA in Arizona, as well as other regional and national high school governing bodies looked to develop a plan to play through the pandemic.

With the state of Arizona still hosting tournaments and events, while following strict COVID protocols, many event organizers and regional scouts have moved their events to the state of Arizona over the past (6) months, while many events/tournaments have been cancelled. Through all of the confusion, The Grind Session organizers moved much of their circuit to the state of Arizona, and have organized numerous (2)-week "Bubbles" within the state, which have provided for extreme competition and exposure for all of their participants, as the games and highlights are well-featured on social media outlets and also live-streamed for college coaches to watch, while they are not permitted by NCAA rules to hit the road and see prospects in person. The Grind Session has found a home in Arizona, and has made Arizona into a sure-fire hot spot for top-rated basketball competition and elite players and performances.

The Grind Session has taken Arizona basketball to even higher heights, as a result, and it has been an absolute joy to have the opportunity almost every night of the week to go watch the nation's best talent and teams compete in one forum, on one main court for maximum exposure.

The AZ Compass Prep program has had a tremendous season thus far, after just receiving a #2 national ranking by Max Preps. Much of the early success of AZ Compass Prep came on The Grind Session, as the program blew out much of their competition, and had their biggest win of the season in November on the circuit, when they defeated top-rated Prolific Prep (CA) in fine fashion, 75-56. AZ Compass' big win over Prolific came after a big win over Dream City Christian, 79-74, and also West Oaks Academy (FL), 98-79. These big wins on the Grind Session built the resume for AZ Compass Prep, and also their play each week on such a tremendous circuit, also prepared them for their recent success last weekend in the Montverde Academy Invitational, when they took #1 ranked Montverde Academy (FL) to overtime, before a narrow defeat, and then had big wins over Oak Hill Academy (VA) and also Sunrise Christian Academy (KS).

The Grind Session has definitely delivered what they are promoting and continues to do so. I am just thankful to have this circuit planted in the state of Arizona, which has given basketball enthusiasts like myself and our staff an almost daily opportunity to watch the nation's best talent, at a time when this opportunity has become very valuable. Arizona basketball continues to reach new heights, and The Grind Session is a major part and reason for this development.