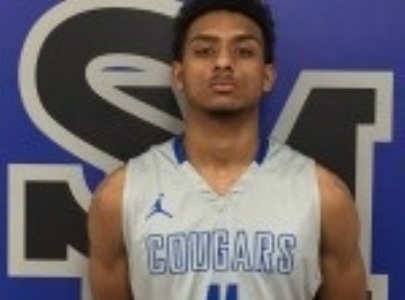 South Mountain Junior College talented 6-foot-4, 195-pound freshman forward Terrence Johnson helped lead his program to an ACCAC Division-II Conference Title this season, and, as a result, gave himself many options to consider.  Johnson could return next season for South Mountain, or accept one of the many offers that were thrown his way this spring.

Recently, Johnson chose to sign a national letter of intent with James Madison University and head coach Louis Rowe and his coaching staff.

"We're very excited to welcome Terrence to our men's basketball team and to the JMU family," Rowe said.  "Terrence provides a great scoring threat on the outside for us and he's ready to be a tireless worker for us."

In helping lead his Cougars to the 2016 Region-I Division-II Conference Championship this past season, Johnson also earned Third Team All-American and First Team All-Conference honors.  This past season, Johnson averaged 19.3 points per game, the second-highest average in the conference and fifth-highest in the country, while collecting 6.2 rebounds per/game.  Johnson also shot 47.5-percent from the field, and was 71-for-178 on 3-pointers (39.9%).  He also added 56 steals on the season - sixth-most in the nation.

"I'm so excited to come to JMU and join the men's basketball family," Johnson said.  "I want to thank Coach Rowe and Coach Taylor for giving me this chance and I'm looking forward to getting to work!"

Johnson will have three years of eligibility remaining, and will join a Dukes' team that loses just one starter from the 2015-16 squad and that finished with a 21-11 overall record last season, including an 11-7 mark in conference play.