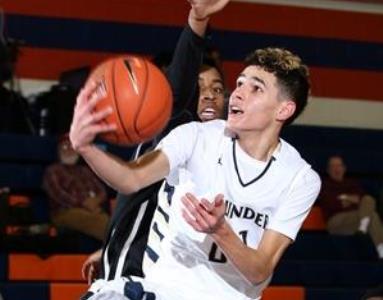 Another one of Arizona’s top unsigned seniors looks to be off of the recruiting board today, as 6-foot-3, 170-pound unsigned senior point guard Tarik Cool of Desert (Phoenix) Vista High School (Arizona Power AAU) has committed.

Cool will look to be playing his college basketball for head coach Jon Judkins and the men's basketball staff at Dixie State University - a consistent force in the Pacific West Conference. Assistant coach and valley native, Kevin Williamson, was instrumental in the college recruitment of Cool, as he has once again.  Williamson has made a living out of recruiting Arizona's best basketball prospects, and he looks to have done it again.  Williamson also signed two other recent Arizona basketball products next fall that Cool will also join at the program - Jacob Nicolds (Gilbert HS) and Kyle Bingham (Mesa JC).

Cool burst onto the recruiting scene last spring and summer during the evaluation period while playing for the Arizona Aces and Compton Magic AAU/club programs.  He competed and performed very well during the last live period events with the Arizona Power, really displaying his ability to score the ball and run a team effectively with many high-level athletes on it.

Cool also had a good senior campaign for the Thunder of Desert Vista, as he averaged 13.6 points, 3.6 rebounds and 2.6 assists per game.

Best of luck to Tarik Cool as he begins the next steps of his college career.