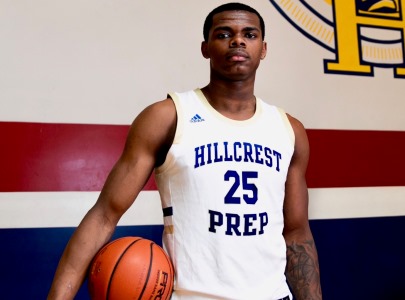 A native of Milwaukee, Wisconsin, Foster is a tremendous talent and is a sure-fire pro prospect for the future. A long and extremely athletic and versatile wing prospect, Foster is currently one of the most sought after recruiting targets in the country, already possessing loads of division-I offers for himself.

Currently, Foster has a long list of scholarship offers already on the table for himself from Kansas, UCLA, TCU, Memphis, LSU, Illinois, Georgetown, Wake Forest, Minnesota, Houston, Texas A&M, Marquette and Arizona State, with many more schools looking to offer soon. This tremendous list of offers will only continue to grow a great deal over the next year.

Foster will join an already loaded roster next fall for Hillcrest that returns top-rated national targets Kyree Walker and Dalen Terry in their backcourt, possibly the nation's best backcourt in the country. The addition of Foster and other top-rated prospects that will soon be joining the program, alongside Walker, Terry and other returning Hillcrest prospects, will be immense for the program.

The Hillcrest staff also advised me that they have some more elite national prospects coming in the next few weeks, so stay tuned for more exciting announcements in the near future. When the dust finally settles this summer, Hillcrest Prep could be sporting the best lineup in prep basketball in the country, and possibly the best that we have ever seen.