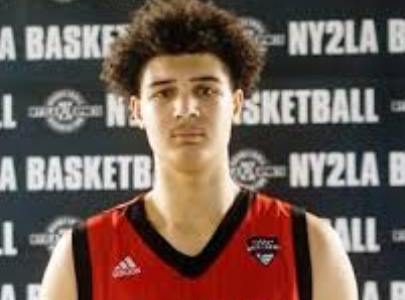 Bowman put together a good event for the weekend, just before the Super Bowl took off on Sunday.  The event was well organized and included some good solid talent to take a look at.  I was able to catch some of the action on Saturday, and here are the top Arizona performers and prospects that I observed on the day (In no particular order) . . .

Walker is a superb talent that does not get his just do anymore, as he was so highly rated at such a young age.  As a result, he can be taken for granted by national scouts and should be rated much higher nationally still.  Has been on a tear this high school season, as he always does, and put on a show in this year's event, although his team did not play many games in the event.  Showing excellent consistency in his play this season, and is making players around him better now.  A big-time prospect that is as good as any individual college prospect in the country for the future.

Marial did not get the basketball enough in the offense to score much in the contest I witnessed, but he again showed improved physical strength, agility and bounce off the floor.  He blocked shots at a high level and was active defensively.  He is still on his way back to form, but he continues to show good progress, after not playing for a year.  College programs are beginning to take notice, which will set up a big spring recruitment for Marial.  Tennessee and Michigan State are two newest schools expressing serious interest.

Dickerson (pictured) had his best event and was selected as this year's Tournament Most Valuable Player.  Dickerson is currently playing his best basketball, and should benefit nicely this spring, as he possesses very good size and a nice shooting stroke.  A Skilled, bigger wing prospect with a nice overall skill-set.  A good ball handler and passer.  Runs the floor and pushes the basketball on the break.  A good rebounder from the wing position.  A solid finisher.  Has upside for the future.  A good overall prospect with promise.

Cruz shot the lights out again on Saturday.  While I did not count the number of 3-pointers made by Cruz, he may have made (10) three-pointers in the game I saw.  He is easily among the very best three-pointers of the basketball that I have ever seen, as he just does not miss much, and, if he does, it isn't by much.  Cruz isn't the most attractive looking guard prospect physically, but he gets a lot done and is the best in the business and a specialist at what he does best - shoot the basketball.  An OK defender.  A good ballhandler and passer.  Has numerous offers on the table for himself, and just needs to qualify academically to take advantage of them.

Nganga is in a league all of his own among freshmen prospects in the country, and there may not be another freshman prospect in America with his potential and upside for the future.  Has an advanced skillset already for a prospect so young, and lets the game come to him, while looking to make players around him better.  Continues to get physically stronger, and as he matures, he will blossom into a one-of-a-kind performer for the future.  Has excellent temperment and a professional approach to the game already, which will suit him nicely over time.

Dusell has played extremely well over the past month, and has really come into his own this season - amidst very good competition.  While he struggled some early this season, after transferrign to the prep ranks from Chaparral HS, he has fully adjusted now and is now moving towards flourishing.  Dusell is an excellent shooter of the basketball with unlimited range on his shot, and has now gotten physically stronger, which has improved his ability to make plays off the dribble and finish strong.  An excellent sleeper prospect in Arizona's 2020 Class, and worthy of much higher recruiting interest than he has received up to this point.

Talley was once highly regarded as a college prospect as a freshman and sophomore, but his life has taken many winding turns.  A native of New York, Talley has rededicated himself and his body to his craft and now looks ready to create some options for himself this spring.  Played well on Saturday - handling the basketball in the open floor and making plays for his teammates.  Scored effectively around the basket.  Rebounded well and started the break for his team.  A full academic qualifier already, so he will have some options this spring.  A brief stint in juco though would be beneficial for him.  Receiving higher interest now from Alaska-Anchorage.

A high-scoring guard prospect with a nice overall skillset and sneaky athleticism that allows him to play at a nice level against strong competition.  A very good slasher and finisher, and a very good shooter with excellent range on his shot, and an ability to make contested shots.  Has very good body control.  A good performer in the open court, where he is a very good finisher.  A good ball handler and passer.  A solid defender with quick hands.  Has good physical strength as a guard prospect.  A good sleeper prospect for a smaller college program.

Swan has really improved since I first saw him, and now he looks as if he enjoys playing the game, where he once seemed to play the game simply because he had size.  Runs the floor hard and is a solid finisher.  Very raw offensively, but has developed a solid jump hook and gets off the ground much better these days.  An active rebounder and a capable shot-blocker.  Has upside and potential for the future.