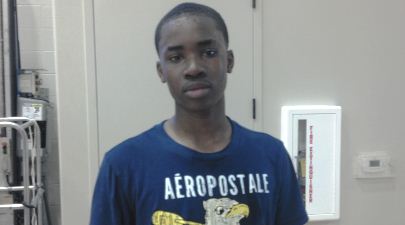 South Mountain High School's 6-foot-3, 165-pound senior combo-guard prospect Allante Smith is a name many in the Arizona basketball community have not heard of, but this young man is definitely a nice prospect for college programs to take a strong look at.

Smith helped lead his Jaguars to a 15-13 overall record this season in the state's Division-II Class, and while the team was not able to make it to the post-season this year, Smith had a very good season for head coach Ernie Cobb.

Smith is a nice sleeper prospect, as he is a combo-guard prospect - capable of playing the point guard position full-time, if need be.  He has a slick handle of the basketball and has very good length on his 6-3 frame - suggesting that he is still growing a great deal and has very good upside as a prospect.  He is able to get almost anywhere he wants to on the floor and is a good penetrator and finisher, with very good body control.  He knows how to run a team and becomes much more effective around good scorers, where he is able to get the basketball to the open man on the floor.

Smith is also a very good scorer and has a nice shooting stroke with range.  Best from mid-range, where he is able to create for himself or others off the dribble.  As he continues to add consistency to his jump shot from the perimeter and add range, he will see his offensive repetoire improve a great deal.  But he is very athletic and looks the part of a nice offensive player.

Smith is also a very good slasher and open court player, where he thrives in the open floor.  He also keeps defenders off balance with his ability to score off the dribble and crafty hesitation moves.

I like Smith's upside and future as a combo-guard prospect.  He will have a very good future at a smaller school, such as the division-II level, unless he plans to head the junior college route and mature physically before moving on to a higher level.  With a year or two at the junior college level, this young man could develop nicely into a low to mid major division-I prospect.

Smith advised me that currently he is hearing from several local junior colleges for his services, and that may be his best option.  He does plan to play through the spring, and, possibly, the summer before making his college decision.

Arizona Preps will continue to follow this young man's recruitment closely, and bring you any updates as they develop.