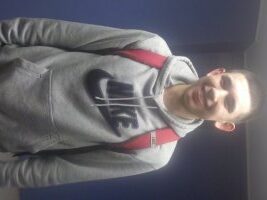 With South Mountain JC currently ranked #2 in the conference, Wednesday evening's match-up with Mesa loomed large in their attempt to stay in the hunt for the top spot in the division.

South Mountain would build a quick and early lead in the game's first half, behind the play of 6-foot-4 sophomore wing Sergio Gonzalez. With 6-foot-4 sophomore, do-it-all forward Mike Craig (Texas-Southern Signee) distributing the basketball at a high clip, Gonzalez would do his part in scoring from all angles of the floor and spreading the Mesa defense - allowing for his teammates to also get off.

South would build a 17-point advantage in the game's first half, but Mesa, behind the experienced coaching of head coach Sam Ballard, would quickly climb back into the game in the first half - cutting the lead to single digits. Mesa 6-foot-9 freshman post Elliot Fletcher and 6-foot-8 freshman post Christian Griggs-Williams would team up to ignite a big Mesa run.

South would take a 41-35 halftime lead, after shooting 53% from the field and 62% from three-point distance.

In the second half, South's Gonzalez would continue his strong play while Mesa would fight hard to come from behind. After getting within four points late in the game, behind sharp-shooting from 6-foot-4 freshman forward Brendan Pineda, Mesa would take some il-advised shot attempts late and fail to make one final run to win the ballgame.

South would hold on to win the game, 82-73, behind a game-high 31 points and 7 rebounds from Sergio Gonzalez (4 for 8 from three-point line). Five different players would score in double-figures for South.

Mesa was led by a team-high 16 points and 6 rebounds from Elliot Fletcher. Mesa turned the ball over 20 times in the loss.