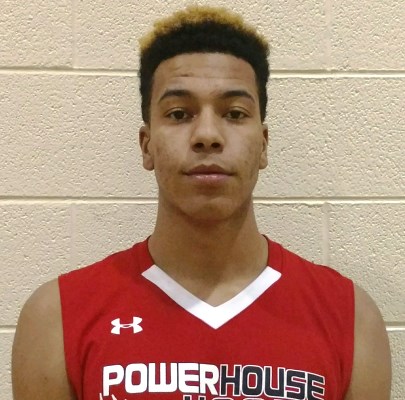 Cactus Shadows High School's 6-foot-9, 240-pound senior post Cassius Smits-Francisco has decided on a college home for himself, after emerging during the spring evaluation period as one of the top overall unsigned prospects in the state.  An unknown prospect before the evaluation period, Smits took full advantage of his opportunities this spring and earned several division-I scholarship offers as a result.

Smits is a late bloomer since he suffered two knee injuries in the past, but this young man has recovered fully and developed nicely into a serviceable post prospect.

This past season, Smits led his school to a 15-11 overall record.  He averaged modest numbers during his recovery - averaging 10 points and 7 rebounds per/game.

Smits' best years are well ahead of him though, as he has the potential and upside to become a legitimate low-post scorer and rebounder at the collegiate level.

Smits competed during the NCAA Evaluation period with the Powerhouse Hoops Red club team, and helped lead the team to numerous wins on the circuit.  Smits would help lead his club team to a tournament championship in Ryan Silver's event in Vegas during the second evaluation period.

Arizona Hoop Review Scouting Report:  Smits is a nice-looking low-post prospect with very good potential for the future.  After overcoming two serious knee injuries, Smits has recovered and has looked impressive with his low-post footwork and quickness of feet.  As he continues to mature physically and improve his conditioning, he will only continue to develop and become more explosive.  Smits has shown that he can score in the low post with good low-post footwork and solid low-post moves.  He has a good mid-range shot that will help him become an effective scorer at the next level.  Has a soft touch.  He also runs the court very well for his size.  A good rebounder that keeps the ball up high for put-backs, and also gets to the foul line.  Does not mind physical contact.  Uses his body well to gain good low-post position. A solid finisher that will improve over time as he gets physically stronger.  A solid low-post defender.  A good overall prospect that, if he can stay healthy, will have an impact over time at the next level.