Skyline’s Amari Hudson One To Watch 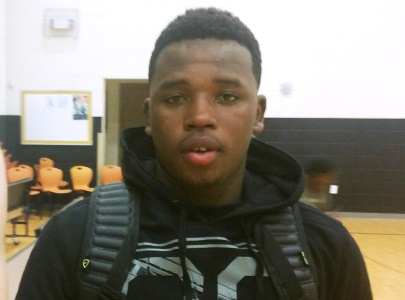 As the 2015-2016 Arizona boys’ high school season is coming to a close, our Arizona Preps' staff has been on had to see a great majority of the top players in the state perform at a high level - all season long.  This high school season has also been one of discovery of sorts, as we have seen new faces emerge and show why they are next in-line as members of Arizona’s youngest and brightest basketball prospects.

One player that fits that mold to a tee is 5-foot-11, 180-pound sophomore point guard Amari Hudson of Skyline Prep in Phoenix, Arizona.  With his play this season, Hudson has shown why he is one of the best guards in the state, regardless of class.

Scoring the ball is the most impressive aspect of Hudson’s game right now, as he can do it with the best of them - pouring in 55 points in a home game in December.  He can score from all three levels, but is really at his best from the mid-range, as he is most comfortable and efficient from 18 feet and in.  He uses a great variety of step-backs and creates separation very well from defenders, in order for him to score so well.  Hudson also can use his Marcus Smart-like frame to bully defenders while in the lane.  He also uses a crafty, in-and-out handle to get by defenders with ease.  While his 3-point shooting is currently a work in progress for him, he can still knock down the open 3-pointer, and also hit some off of the bounce at a decent clip.  Hudson is also a very solid foul shooter, as he is shooting around 75 percent for the year.

A native of Chicago, Hudson also brings fire and that wanted toughness on the defensive end.  He is very active with his hands, which leads to multiple steals and creates fast breaks and points for himself and teammates.  He is also laterally quick and is able to cut off players and defer them from where they want to go on the court.

Hudson’s Skyline Prep Bengals are currently 18-2 on the year, with their only losses being at the hands of Tri-City Christian of Chandler, who is led by Liberty University signee Brock Gardner and elite 2017 post Nigel Shadd.

Hudson is currently averaging 23 points, 9.2 rebounds, 1.8 assists and an impressive 3.6 steals per game.

Look for Hudson to blow up this up-and-coming spring and summer during the NCAA evaluation period, as his college recruitment is wide open currently.  He will be playing with newly formed Powerhouse Hoops U16 team.

Hudson is definitely one player that we will be keeping a very close eye on over the next two high school seasons.  He has definitely earned the attention.