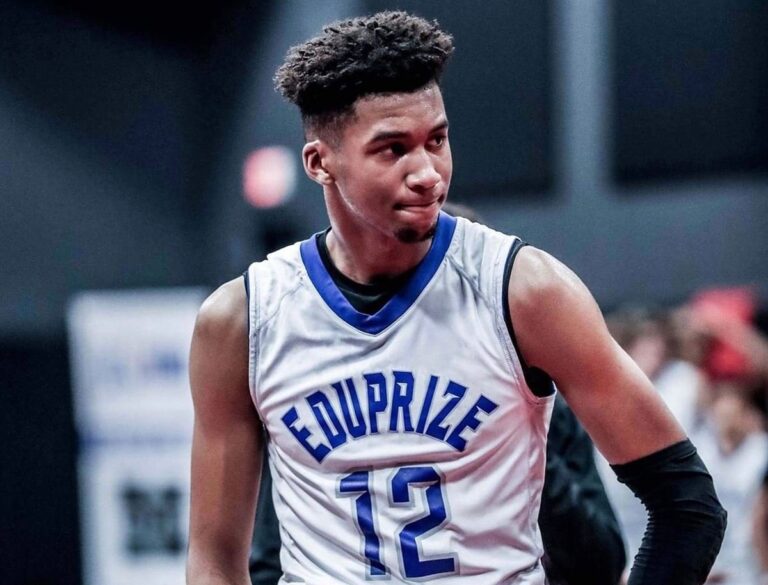 Eduprize High School's gifted 6-foot-10 versatile junior post Shon Robinson is a tremendous talent for the future, and many college programs have taken extreme notice of the gifted young talent.  While already possessing numerous division-I offers for himself already, Robinson has now reeled in (4) more division-I offers for himself in the last week.

It will be very interesting to see which college program ultimately lands the gifted prospect Robinson, since a large number of college programs are now in hot pursuit of him.

Robinson and his Eduprize teammates have been all over the country this high school season, and are currently undefeated in the state of Arizona's CAA Division among other charter schools.

Arizona's 2020 class is absolutely loaded with top-rated national talent, and Robinson is at the top of the class with Hillcrest Prep's Kyree Walker, Bella Vista's Addison Patterson and Higley High School's Jason Harris.

Robinson first emerged as a top-rated national prospect in Chicago, Illinois, while playing as a freshman for Morgan Park High School.  He then moved to the state of Arizona for his sophomore season.

Robinson is a tremendous young talent and will only continue to develop over time as he physically matures.  This recruitment will be intense, as more college programs continue to try to land this skilled and gifted prospect.

I will continue to follow the recruitment of Robinson very closely, and bring you any updates as they continue to develop.

Arizona Hoop Review Scouting Report:  Robinson is a long, and lengthy combo-forward/post prospect that likes to play on the perimeter much more than he does in the post, but he is able to do so through a variety of offensive skillsets.  He has very good versatility as a player and is capable of scoring inside and out. He has a nice shooting stroke with range on his shot, and a quick release that allows him to make shots from the perimeter with ease.  He also has good low-post footwork, combined with a variety of low-post moves and a good jump hook.  He runs the floor hard and is a good finisher in transition.  Robinson's length allows him to block/change shots consistently on the defensive end.  He is also very active on the floor, which allows him to impact shots anywhere near the paint, while also allowing him to rebound outside of his area on the floor.  An active rebounder.  A good ball handler for his size.  A good passer that sees the floor and pushes the basketball on outlets.  An ultra-talented prospect with a bright future ahead of himself.