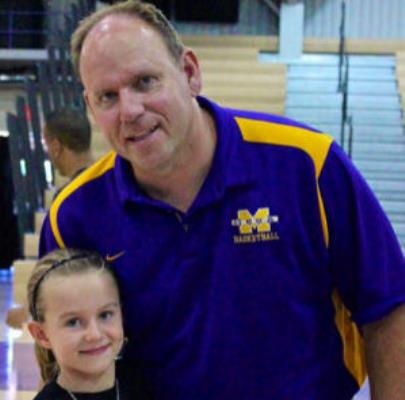 It was too good of an opportunity to pass up for former Mesa High School head coach Shane Burcar.  After a very impressive Arizona high school coaching career where he led the Mesa basketball program for 12 seasons, Burcar has decided to leave the program for the division-I ranks - accepting an assistant coaching position at Northern Arizona University.

Burcar has always aspired to be a division-I college coach.  His coaching style has always been in the college mode, and now, after many years of hard work and preparation for this opportunity, Burcar will get his chance to be major part of a division-I program that needs work, after only winning 5-games this past season.

"I've been friends with him since he got the job (in 2012)," said Burcar. "I really like the guy (NAU head coach Jack Murphy).  I think there's a lot of talent there.  Everyone I met there are outstanding. Five wins, but I'm a believer, I'm a dreamer. I think we can flip it and do a lot of good things."

At Mesa, Burcar compiled a 237-103 record, won (7) different region championships and also a State Championship in 2016.  Mesa finished 21-6 this past season, and Burcar was selected as the Region Coach of the Year a 6th time.

Burcar will look to create a stronger link for the NAU program to local Arizona talent.  His many relationships with members of the Arizona basketball community will give him a quality edge in that area of the recruiting process.

The Mesa program has lost a great leader in Burcar, who worked very hard to build a tremendous basketball culture at the program, unlike any other in the state.  Under Burcar's leadership, the Mesa basketball program has become well known for their strong team play and overall toughness as a team.  Burcar prepared his players for the next level and also life.

Congratulations to Coach Shane Burcar on this amazing accomplishment, and good luck to him in the future from our Arizona Preps' staff.