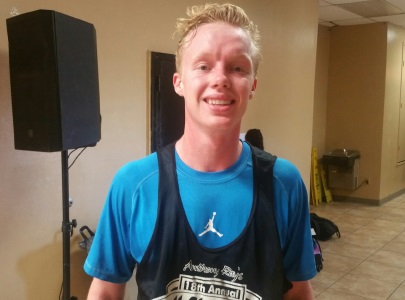 Greenway High School's sharp-shooting 6-foot-3, 170-pound senior guard Scotty Shaver is mulling over his options for college, especially after receiving another scholarship offer for himself this week.  With several offers on the table for himself, Shaver received an offer from a new local college program in the valley.

This week, after taking a visit to the school, Shaver received an offer from Ottawa University and their new head coach Matt Heeley.  Heely has been a very successful coach in his career, and he made the decision to leave a successful program to take over a new program in Arizona.  Heeley has been busy since arriving to the state, in preparation for his first season at the new college program.

In the process of building his team for next fall, Heeley saw fit to offer Shaver as one of his first recruits to the new program.

"It is really an honor," said Shaver.  "I really liked my visit to the school and it gives me a chance to stay close to home."

Shaver advised me that he is still unsure of what he will do, but he is happy to have options for himself.

Shaver is a hard-nosed guard prospect that plays to win and will do whatever it takes to lead his team to victory.  Shaver handles the basketball and makes plays for himself and others with very good court vision.  He also has excellent range on his shot.

Shaver had a challenging senior season at Greenway as the team failed to qualify for the state playoffs, and also lost their assistant coach and former Iowa State star college guard Gary Thompkins just before the high school season to an untimely death.

"It was a tough season for me," said Shaver.  "I am really looking forward to the future."