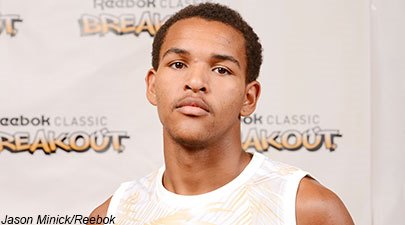 One of the elite prospects in the state of Arizona is Sunnyslope High School’s talented and high-scoring point guard prospect Sammy Thompkins.  After an extremely impressive spring and summer performance for himself, Thompkins generated loads of college attention and scholarship offers.  After mulling over his current recruiting options, Thompkins has decided to forgo the fall evaluation period, and move to signing during the late signing period.

Thompkins is coming off an excellent club season, while leading his club program to numerous strong finishes.  In the process he led his club team to an upset win over the nation’s #1 team, the New Jersey Playaz (2014 Nike Peach Jam Champions).

Thompkins also proved in this summer's event, the Reebok Breakout Camp in Philadelphia, PA, that he was among the elite guard prospects in the West, after a strong performance in the camp among the nation's elite prospects.

Here is a highlight video of Barnes-Thompkins from this summer's action at the Reebok Breakout Camp . . .