Rutherford Travels To Westwind For Future 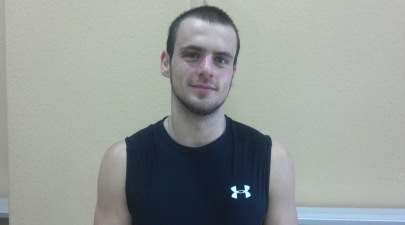 Lincoln High School (OH) 2012 graduate, 6-foot-2 prep point guard prospect Austin Rutherford traveled a long way for his basketball future.  After a strong senior season in the state of Ohio where he competed against stiff competition, Rutherford decided to pass on the attention he received from numerous smaller college programs and bring his game to the state of Arizona.

Rutherford would take his game to Westwind Prep Academy where he currently is a post-graduate for the school's talented prep team.  Rutherford and a loaded team of prep players will face the majority of Arizona's top junior college programs this season, and also compete in numerous tournaments within Arizona and in the state of California.  Rutherford will also lead Westwind Prep's post-graduate team in several match-ups with the nation's premier program - Findlay Prep (NV).

While many of the program's prospects came from out of state this season, Rutherford traveled further than any other prospect in the program - looking to improve as a player and gain better college recruitment.

"It is going very well," said Rutherford.  "I really like it cause we play basketball a lot and develop our skills.  The coaching is great and I really like my team.  We spend a lot of time together."

Rutherford is a very skilled point guard prospect that is very fundamentally sound as a player and has an excellent feel for the game.  His high basketball IQ allows for him to make plays for himself and others, and players enjoy playing with him.

"He knows how to play the game," said Westwind player Zylan Cheatham.  "I really like Austin."

Rutherford will look to land himself a basketball scholarship this season to a good college basketball program, and understands that the strong competition he will face this season will aid him in the process.

"We are definitely getting better here," said Rutherford.  "I really like Westwind."

Rutherford heard about the Westwind program from personal trainer and valley product Billy Wynn.  Wynn has spent many years in the state of Ohio, while traveling back and forth to the state of Arizona.  Wynn is a former ball-boy of the Phoenix Suns that spent many years working with the Phoenix Suns Gorilla in the 1980's, and has worked with many NBA and college players.

"I told Austin that it's all about getting better as a player," said Wynn.  "There are no shortcuts.  It's all about hardwork."

Rutherford will be among Westwind's top recruited point guard prospects this season, and is worthy of strong recruiting attention.  His feel for the game and excellent work ethic as a player make him an attractive prospect.

Rutherford is also a good student and is already a full academic qualifier by NCAA standards.

I will follow the play and recruitment of Rutherford this season, and bring you any updates as they develop.

Arizona Hoop Review Scouting Report:  Rutherford is a nice floor general, point guard prospect with a nice feel for the game and a high basketball IQ.  He likes to have the basketball in his hands and makes plays for others with the ball - playing very unselfish and having an excellent attitude on and off the floor.  He pushes the basketball up the floor and finds the open man in stride.  He is a pass-first point guard prospect, but is a good offensive weapon as well - capable of making shots with range on his jump shot.  He has nice form on his shooting stroke and is capable of getting his shot off against defensive pressure.  Also a good finisher in the lane over bigger defenders.  Very crafty with the basketball, Rutherford has a strong handle of the basketball.  A good defender with good lateral quickness.  Has quick hands.  More focus defensively will allow him to reach his full potential as a player.  A leader that is vocal on the floor.  Excellent toughness as a player.  Solid prospect that is fundamentally sound.