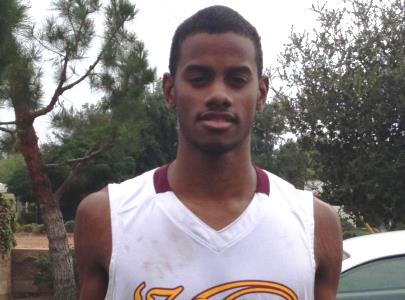 Cesar Chavez HS athletic and gifted 6-foot-6 senior forward Pablo Rivas is among the best overall talents in Arizona's 2014 class, and is also among the most underrated talents in the state of Arizona. Rivas currently possesses three scholarship offers for himself.
Share
Facebook Twitter LinkedIn WhatsApp Pinterest Email

Cesar Chavez High School has consistently ranked among the elite high school programs in the state of Arizona since it’s development in 2004.  Still a fairly new school in the valley, Chavez has posted consecutive winning seasons in each of their 9 seasons of existence in Arizona.  Behind the leadership of their only high school head coach at the program, Gary Lee, the Champions have played like Champions each season – wining more than 20+ games in each season since the school’s development in South Phoenix.

While Gary Lee is not often mentioned among the list of elite coaches in the state, his numbers at the program are glaring, as he has consistently won at a high level and continues to produce talented young men for the collegiate ranks.  Last season, the team finished again among the elite teams in the state’s most competitive Division-I Class – posting another excellent 29-3 overall record on the season.  Behind the terrific play of 6-foot-6 rising senior forward Pablo Rivas, the future looks to be very bright again this up-and-coming high school season for the program.

Currently Rivas is showcasing his superb talents on the summer AAU/club circuit, while traveling with mentor and club coach Sal Garcia and his club program, Team Zona.  Last week in the Double Pump Best of Summer Tournament in Anaheim, CA, Rivas did much of the same for Team Zona, as he has done for Cesar Chavez the past two seasons - leading the program to numerous wins in competition.

Team Zona would win the tournament's 17U Gold Division Consolation Championship on Sunday in the event - behind the strong play of the athletic and physically gifted Rivas.

As a result of Rivas' strong play and development as a college prospect, he has began to generate some serious recruiting interest from some schools, but has still yet to really see a rise in his college recruitment.

Currently, Pablo currently holds offers from Northern Arizona, Denver and Portland State.  He is also receiving strong interest from such schools as UC- Riverside and Tulsa.

Rivas is among the top overall prospects in Arizona's loaded 2014 class, and he is worthy of some serious recruiting attention.  His length, athleticism and motor are good enough to raise eyebrows of any college coaches watching him perform.  The struggle for Rivas has been getting college coaches to his games - making him a serious sleeper prospect for mid-major division-I programs.

Rivas did not indicate that he had any clear leaders at this time in his college recruitment, and that he is in no rush to make a college decision.

Arizona Preps' staff writer Chris Buchanan had this to say about Rivas after his performance in LA last week:  "Pablo was one of the best prospects that I saw the entire tournament.   He had very few major schools watching his games, which I feel puts him into the “sleeper” category.   Pablo scores the basketball in a very old-school way.  He uses his great lift on his jump-shot to bank in most of his shots from the mid-range area, uses pump fakes and ball fakes to score under the basket, and draws his defenders out to the 3-point line.  Once he has drawn them into 3-point range, he uses his superior athleticism to rise over them.  Pablo is also one of the best rebounders of the basketball that I saw the entire tournament.  Once the shot is up, he finds the nearest body and boxes them out and gets the rebound at a very high rate.  After averaging 22 ppg and 13 rpg, as well as leading his high school program to a 29-3 record, Pablo is definitely among the elite 2014 prospects in Arizona, and I expect that we will see his stock rise at a tremendous rate during the 2013-2014 Arizona high school season."

Look for this young man to continue to make some noise on the summer AAU/club circuit, and reel in more recruiting interest as a result.