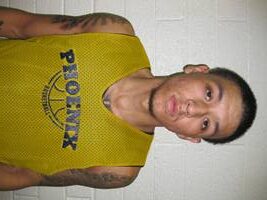 Phoenix College 6-foot, 160-pound sophomore point guard Christian Bower is among the top point guard prospects in Arizona's junior college ranks (ACCAC), after leading his program to a 20-11 overall record on the season and a 12-8 record in the ACCAC this season.

Bower was selected as a 2nd Team All Conference and also as a 1st Team Division-II All-Region selection this year.  He ranked second in the ACCAC this season in assists after averaging 7.2 assists per/game.

Bower, a 2010 graduate of Mesquite HS, chose to attend Phoenix College and play for head coach Matt Gordon after a strong high school career - in an effort to improve his college recruitment.

Bower currently ranks as the conference's best unsigned pure point guard prospect.  I caught up with Bower recently and he filled me in on his current college recruitment.

Bower advised me that he is currently hearing from Saint Mary's, Cal Poly, Idaho State, Stephen F. Austin and Nebraska-Omaha.  Bower also told me that he is in the process of planning official recruiting visits and plans to reach a decision by May.

Bower said that he does not have a clear leader currently in his college recruitment.

Bower was an academic qualifier out of high school and is a very good student.  He also is on pace to graduate from Phoenix College this spring.

Arizona Preps will continue to follow Bower's recruitment closely this spring, and bring you any updates as they continue to develop.

Arizona Hoop Review Scouting Report:  Bower is a pure-point guard prospect that knows how to run a team and is a floor general on the floor.  He is a pass-first, shoot-second point man that likes to get others involved on the floor, but is also a capable scorer off the dribble or from three-point range.  Bower is a good penetrator and finisher at the basket, and likes to score off floaters in the lane or off dribble pull-up jumpers.  He is a good shooter with range, but has questionable shot selection at times.  He is a very good passer and pushes the basketball up the floor to the open man and sees the floor.  Good in the open floor and also strong in the half-court set.  A very good ball handler.  A good defender with good lateral quickness.  Has very good toughness as a player but can get caught up in the intensity of the game at times.  Good overall point guard prospect with good experience as a player.