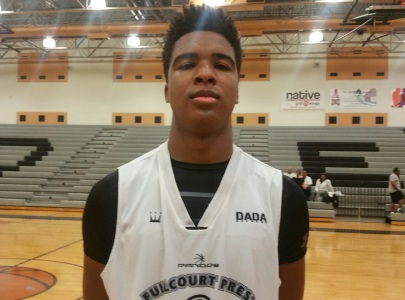 While the class is not very deep with division-I prospects, Shadd is among the top overall performers in the state.  Shadd is coming off a good spring and summer performance while traveling with his club program, the Arizona Power-Factory.

I caught up with Shadd last weekend at the Pangos Arizona Showcase, and he advised me that he is currently in the process of making a college decision.  Shadd told our staff that he has multiple scholarship offers currently and will look to make a decision this fall.

Shadd advised me that he currently has offers from such schools as Kansas State, Pacific, Grand Canyon, Loyola-Chicago, Northern Colorado, Weber State and Texas Rio Grande Valley.  Shadd did not indicate whether or not he had a leader at this point in the recruiting process, but he is leaning towards making a college decision this fall.

Shadd does not have a clear leader at this point in his college recruitment, but I look forward to him making a decision in the very near future.

Arizona Hoop Review Scouting Report:  Shadd is a long and lengthy power forward prospect with loads of potential for the future.  Still very young for his grade, this young man is one player that has a chance to become a very special player with serious hard work.  Already 6-8 in heigth, Shadd should grow to be 6-10 or 6-11 when it is all said and done.  He is an effective fnisher around the basket and plays well above the rim already.  He currently has a nice jump hook with either hand and has solid footwork.  He still needs work on his low post moves to be more effective against top-notch post players.  He also can develop his footwork.  A solid shooter from mid-range, Shadd will need to develop in his ability to shoot from longer ranges, but he is at his best around the paint.  A very good and active rebounder.  A very good shotblocker with good timing.  An excellent prospect for the future.