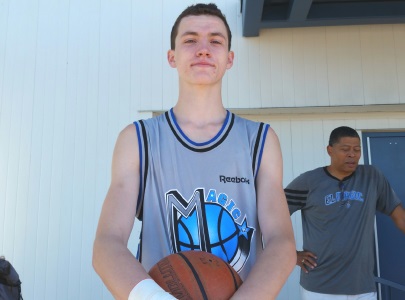 Gilbert High School's 6-foot-7 senior wing Chris Bowling needed a strong performance this club season to boost his college recruitment, and he was up for the challenge.  Bowling would have numerous strong performances on the summer club circuit, including a big performance in the championship game of the Pangos Sweet 16, as he would lead his club program, the Arizona Magic Elite, to the tournament championship with a gutty performance.  As a result, Bowling would receive several scholarship offers for himself.

Bowling plans to take an official recruiting visit to Northern Arizona in October.  He is still deciding on which schools he will visit, and whether or not, he will wait until the spring before signing.