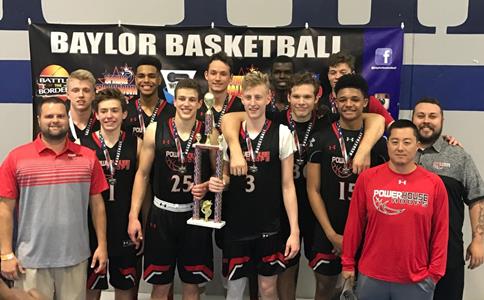 This weekend, while every other Arizona club program was taking part in a local event, the Powerhouse Hoops 17U Black team jumped on a plane and traveled to Chicago, Illinois to take part in the Baylor All-Star Classic.  The team would not only fair well in the event, they would win it all after a last second shot from Saguaro's 6-foot-5 junior wing Jared Martin in the championship game.

The team would defeat nationally acclaimed Mac Irvin Fire (IL) in the championship game on Sunday, 71-68.

The talented Tucson combination of Sunnyside HS 6-foot-7 junior forward Nikc Jackson and 6-foot-3 junior guard Sam Beskind were named to the All-Tournament team for their efforts in the event.

This team is absolutely loaded this season with talent, and also has played together for two years, with several additions, but they are primed to have a big showing this spring and summer on the travel club circuit.  I look for many of these prospects to help themselves a great deal with college coaches this club season.

Congratlations to the Powerhouse organization for this big accomplishment, and for raising the level of respect for Arizona basketball in one of the hottest basketball cities in America.