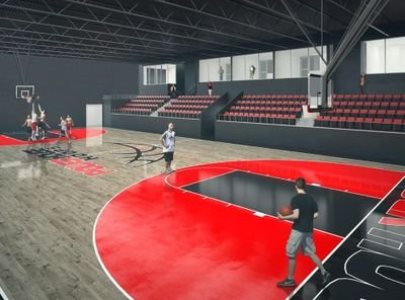 The Powerhouse Hoops club organization has grown a great deal over the recent years - producing more than 30 teams locally and becoming the biggest club organization in the state.  While the state has many other successful club programs as well now, Powerhouse Hoops has become viable option for many prospects at every level.  Recently, the program announced the development and introduction of their new facility, "The PHHacility."

"Every family needs a house - now we have ours," said the Powerhouse Hoops organization  regarding their new basketball facility, which will be finished in the spring of 2018.  The new state of the art facility will be 27,000 square feet in size, and will include 3 full size NCAA-size basketball courts, locker rooms, weight rooms, a players lounge and a theater.

The Powerhouse Hoops organization plans to utilize the PHHacility to host elite camps, tournaments and clinics.  It will also be the home of the program's training and Academy.  The program has produced much of the state's division-I talent over the past several years, and now their new development will aid in that pursuit.