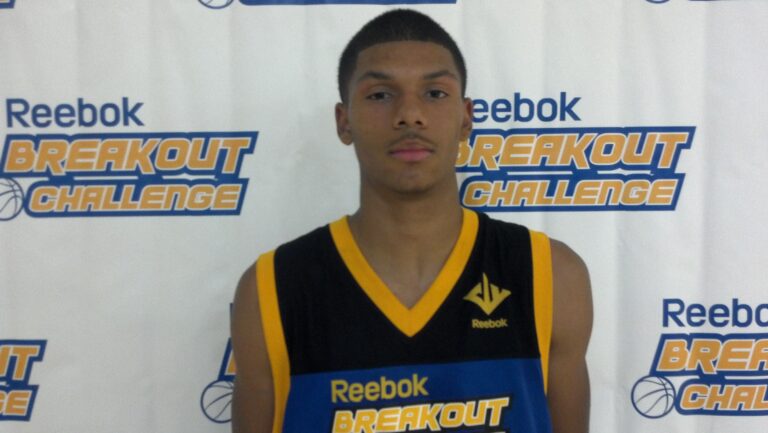 It was the first games of the year officially for me and I went to Dobson High School to catch day one of the Catalina Hardwood Classic.  I saw Basha HS take on Seton Catholic, and then Poston Butte take on home team Dobson.

The first game was Seton vs Basha and you quickly realized how small Seton Catholic was compared to Basha. Basha won 64-54 in the low scoring game, and these are a few things I noticed from the game.

Seton’s tallest player was 6-foot-4 and they mostly played 5 guards - ranging from 5-10 to 6-2.  But new first-year head coach Commander King gets the most out of his players and spreads you out with 5 guards, who can all shoot.

Junior 6-foot-2 point guard Sam Kendree is normally the catalyst in finding open players, and finds his two main weapons in 3-point specialist, 6-foot-2 senior shooting guard Sam Engelbert and 5-foot-11 freshman guard Jake Rueter.  Rueter can play the point guard spot or move over to the wing position.  He can score on all 3-levels and especially loves the mid-range shot.  He will be a fun player to follow for the Commander King led Seton Catholic team for the next 4 years.

Basha has some nice pieces to help Kirby out in three strong guards - 5-foot-9 junior point guard Tyrone Ayala runs the show and helps set up his teammates or hits the 3-ball.  Then you have the fast and explosive 6-foot junior shooting guard Nate Markovich, who can hit the three or blow by his man off the dribble and lay-it in.  Markovich will clearly be the second leading scorer on this team behind Kirby.  Lastly, you have 6-foot-1 sophomore shooting guard Cole Kepler who can crash the boards with his strength and makes all-around solid plays during the game with his high IQ.

The second game of the night was Poston Butte vs Dobson.  It might have been the best and craziest game of the day in the entire state of Arizona.  Not only was it a good game, but also you had 4 elite scorers playing - making it a fun show.  Poston Butte HS won 91-85 in the high scoring affair.  The 4 players accounted for 135 points out of the 176 total points.

Here is my take on these two teams ...

6-foot-5 senior forward Josh Garcia is an elite catch-and shoot 3-point shooter. Garcia was the only other person on both teams to score in double-figures with 14 points, while Richard had a team-high 36 points on the night.  Richard will be a terror the whole entire year for his team.  He can score anytime he wants and from everywhere.  He hit one 3-point shot all the way from San Tan Valley, it was so far.  Just a special scorer with no peer to match his strength among guards in the state.

Kyle Davis also had 35 big points - making a name for himself as a prospect to watch out for also.  He lived on the line all game and made shots from deep and got by his man.  He is the perfect compliment to Richard.  This pair will easily be in the playoffs and can make some noise come February.

Dobson HS is led by the state's top senior prospect, 6-foot-5 senior shooting guard Jaron Hopkins, and another great compliment in 6-foot-4 junior shooting guard Ryan Richardson.  6-foot-5 senior combo-guard Kodi Justice is injured and will be out for another 2 weeks.  Hopkins is the fastest and most athletic shooting guard in the state - capable of getting his shot off anytime he wants to, and can blow by players at will.  Hopkins had a game-high 39 points in the loss, and had many steals, which lead to dunks for the home crowd.  A couple untimely missed free-throws and some foul trouble might have cost Dobson the game, but they wouldn’t have been in any position to win if it wasn’t for the play of Hopkins.

Richardson is a deadly 3-point shooter with a stroke that looks like its going in every time.  He also is a very good defender with his long 6-foot-10 wingspan.  Richardson missed a key floater with 36 seconds left, that would of tied the game, and, once again, without Richardson, Dobson would not have been close in this game.

Dobson will have to find a balance within their offense with the three stars of Justice, Hopkins and Richardson, and mix it up with some timely defense, if they are going to win a state title this season.  6-foot-2 junior shooting guard Kairee Williams and 6-foot-9 senior post Brian Nichols will have to help them out also moving forward.