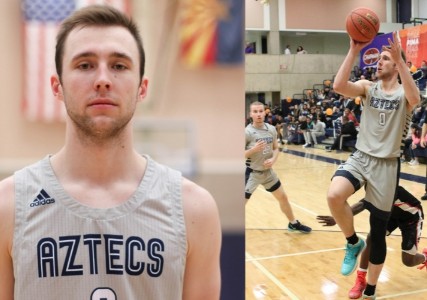 In case you missed it when we reported these signings over the past couple months, there have been numerous signings this year by prospects in the Arizona Community College Athletic Conference (ACCAC), as many of the top prospects in the conference look to move on to their respective four-year college programs. Here are some of the top recent signings that have taken place recently by members of the ACCAC Conference . . .

Lieppert led the ACCAC in scoring this past season with a tremendous scoring average of 23.7 points per/game last season, while also collecting 7 rebounds per/contest as well. The sharp-shooting freshman guard prospect tore up the ACCAC last season as a mere freshman in the conference, and ranked among the elite shooters of the basketball in the country. As a result, Lieppert had many options for himself this spring, as numerous Division-I programs extended him offers this spring. Lieppert decided to elect for one of the programs, rather than to return for his sophomore season, as he signed a national letter of intent with Rice University and Head Coach Scott Pera. For his efforts, Lieppert was also named as a Third-Team NJCAA Division-II All-American.

Johnson was our runner-up this season for the Arizona Preps Junior College Player of the Year, as he had a terrific sophomore season in leading the Gauchos to the ACCAC Division-II Conference Title, with a big home win over Pima JC. Johnson averaged 19 points and 5.8 assists per/game on the junior college season, and, if the COVID-19 pandemic had not taken place, Johnson would have had an opportunity to lead his program to a strong performance and finish in the NJCAA Division-II National Tournament. The strong, athletic and explosively quick guard prospect was almost unguardable this season for opposition, and he will have an immediate impact on the University of Arkansas Pine Bluff, where he has signed to play next season.

Pollard had an excellent two seasons at Eastern Arizona JC, and in his sophomore season he led his program to the ACCAC Division-I Conference Championship, while averaging a strong double-double for himself - 16.5 points and 10 rebounds per/game. Pollard was very consistent in his play all season for a talented group that lacked true size at the post position. While Eastern Arizona would eventually fall to Salt Lake Community College in the District Championship, Pollard's play would give Eastern Arizona their best finish in the ACCAC in some time. Pollard has signed a national letter of intent with Maryland Eastern Shore.