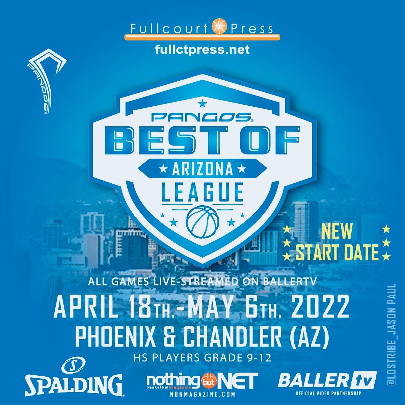 The exciting Pangos Best of Arizona League, organized by top-rated national scout and tournament organizer Dinos Trigonis of Pangos, will begin in Phoenix and Chandler April 18th and will run until May 6th. This league was instrumental previously, during the COVID pandemic, for establishing many of today's top-rated prospects in Arizona, as Trigonis' publications and scouting service are widely received by the majority of college coaches in the country.

The league is almost full but still has some room for top prospects looking to maximize their college recruitment, during a difficult time in the recruiting process nationally. Our Arizona Preps' staff will also be in attendance weekly for this event, to bring you coverage of the league's top individual performers weekly.