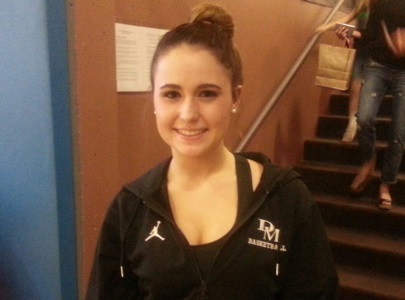 With high expactations for herself this season, her final senior season, Horizon High School's gifted 5-foot-9 senior point guard prospect Noelle Kellers will not get the opportunity.  Recently, after deciding to transfer schools from Desert Mountain HS to Horizon HS, the AIA ruled her ineligible for her senior season, due to AIA transfer rules.

I caught up with Kellers today and she advised me that her move to Horizon was due to her mother's job situation, and that she is very upset about the ruling.

"I can't seem to catch a break," said Kellers.  "I missed much of my junior season (injury), and I was so excited to play this season.  I don't know what I am going to do.  So many coaches wanted to see me play this season.  This is terrible."

Kellers advised me that she is working very hard in the weight room and that she has added more than 20 pounds of muscle to her frame , and that she is also fully recovered from a recent ankle injury that caused her to miss much of the summer evaluation period.

"I am just going to keep working hard and keep a smaile on my face," said Kellers.

Kellers told me that if she plans to attend Mesa JC, if she does not receive any offers for a four-year college, in hopes that she will land a division-I scholarship in the future.  Kellers would like to attend Law School in the future, and has hopes of becoming an attorney.

Kellers is coming off a junior season where she missed some games with an injury, but returned during the season to still lead her team in numerous statistical categories – being selected as her school’s Most Valuable Player for the season.  While her team struggled to win ball games last season, Kellers averaged 11.8 points and 2.4 assists per/game.  As a sophomore, Kellers also soared for Desert Mountain HS – averaging a team-high 16.6 points, 3.2 rebounds and 2.3 assists per/game on the season.