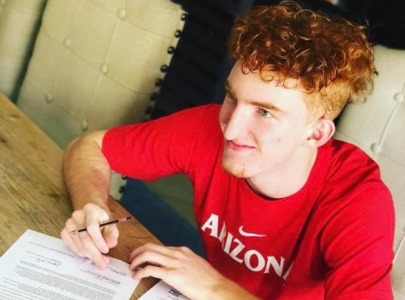 Pinnacle High School's superstar 6-foot-3 senior guard Nico Mannion (University of Arizona signee) has been considered by many basketball enthusiasts around the country as the best overall guard in the nation's 2019 Class.  This is a tremendous assessment when you consider that Mannion was formerly a member of the nation's 2018 Class, before changing classes before the start to the high school basketball season.  Regardless of class, Mannion has torched his competition during his final season of high school basketball, and has absolutely put on a show against local and regional competition in the West.

Many basketball minds consider Mannion to be the best prospect to ever come out of the state of Arizona in the state's history.  In my opinion, and as someone that has seen or coached some of the players in question, it remains to be seen, as the entire body of work will have to come into play.  Either way, Mannion is definitely in the conversation and is as good a player as I have ever seen for sure.

As a result, of the tremendous high school career of Mannion and his promise as a college and future NBA prospect, on Thursday, Mannion received his highest honor to date, as he was selected as a 2019 McDonald's All-American.  Mannion will compete on a loaded roster of players at State Farm Arena in Atlanta, Georgia on March 27th.

Joining Mannion on the West Roster will be former Arizona high school basketball product Josh Green (University of Arizona signee).  Green left the state of Arizona last season to play for a dominant IMG Academy in Florida - leaving Hillcrest Prep after they had just won a National Championship on the Grind Circuit.  Green will have two teammates from IMG joining him in the McDonald's All-American game, a first in the history of the game and an amazing fact.

Green attended Mountain Ridge High School before leaving the state.  Green and Mannion both played in the spring and summer together for Ryan Silver's West Coast Elite (CA) program, and both prospects will join each other at the University of Arizona next season.

Congratulations to both of these two young men on this tremendous accomplishment, which continues to help prove that the state of Arizona's level of basketball and level of talent are growing a great deal.  The McDonald's All-American Game has been a direct indicator over the years of future NBA players and, often times, future NBA stars.  These two young men are definitely headed in the right direction.

Here are this year's 2019 McDonald's All-American Game selections and rosters for the March 27th game . . .