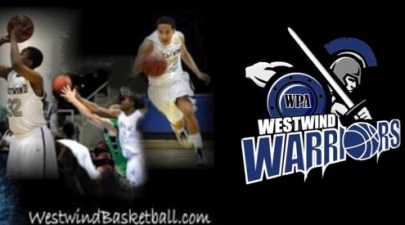 This weekend was an absolute mess for members of the Westwind Prep basketball program, as the NCAA became the program's worst nightmare - declaring that the school's coursework provided for their student-athletes at the program, during the 2012-2013 academic year, did not meet NCAA academic standards.

The NCAA's ruling this week comes after the NCAA gave the same ruling just a year ago, causing many of the program's student-athletes last season to become NCAA ineligible.  Such past top prospects as Demarquise Johnson (Washington State), Kiwi Gardner (Providence) and Richard Peters (Washington State) were all declared academically ineligible after the 2011-2012 academic year, as a result of the NCAA's ruling.  While Gardner and Peters would end up heading the junior college route, Johnson spent a season at Washington State last year as a red-shirt but plans to play this season for the program.

Before taking over the head coaching position at the program in the spring of 2012, current Director of Basketball Operations, Jeff De Laveaga, was assured that the school had made the necessary changes to make Westwind's academics permissible by NCAA standards.  School Superintendent Debra Slagle worked very hard to raise the academic standards at the school - turning over some of the school's staff and working closely with the NCAA to ensure that the academic standards set by the NCAA were being met.

For some of the program's student-athletes, this is a non-issue, since there were numerous students that were good enough academically that it did not matter, but for some, this result could be very tough to overcome for the 2013-2014 season.  For current college players such as Larry Lewis (Texas-San Antonio), Miles Martin (San Jose State) and Glenn Baral (Stetson University), prospects that had planned to compete for their respective colleges this season, there may now be some more work to do.

While this NCAA ruling created a major stir in the Arizona basketball community over the weekend and was very tough to deal with for members of the Westwind Prep program, Jeff De Laveaga advised Arizona Preps this weekend that the school currently has 23 new student-athletes that will attend the program this season.  He stated that, in the wake of this recent ruling, that this year's student-athletes plan to have dual enrollment at Grand Canyon University to make up coursework.

Throughout my 18 years of covering Arizona basketball, I have never seen anything like this.  Obviously not within the state of Arizona, but not even around the country.  Of course, I have seen this action taken by the NCAA against prep programs throughout the country that were not adequate academic institutions, and, trust me, there are many of them.  There are many prep programs around the country that have had their academic issues, and have, as a result, had their doors closed by the NCAA.  As a result, the NCAA has cracked down on prep schools throughout the country - looking to make an example of prep programs not offering curriculum that meets their standards.

At Westwind Prep, the school's staff seems to have worked very hard to raise their program's level of academics.  This is not a program that looks like many of the prep programs around the country that have suffered the same fate in the past; schools with few teachers, no classroom setting and an environment where the students are not held accountable.  But while the Westwind program has worked hard in the past, now with the NCAA red-lining their academics, they will need to now work much harder just to get the approval of the NCAA.

Westwind Prep may recover from this tragic event, but for the student-athletes that were affected, this really hurts.