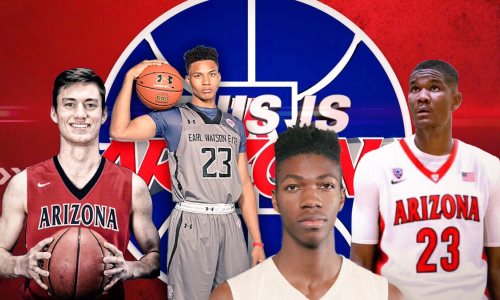 On Wednesday, November 9th, the Early National Letter of Intent (NLI) Signing Period began.  The period will run for a full week, from November 9th until November 16th.

During this time period, high school prospects will have the opportunity to sign their respective national letters of intent with the school of their choice.  The NLI seals the deal for a college prospect with the desired school - once a student-athlete signs the NLI he/she is locked in to the program.

This week the early signing period begins.  Each of the prospects in the state from the 2017 senior class that have given verbal commitments to division-I colleges, will now have the opportunity to sign the NLI over the next week.

On Wednesday, some prospects around the state held signing parties at their respective high school programs and signed the NLI in front of their coaches, family and friends.  Others will sign later this week.

While the recruiting process can be very long and tough to deal with, almost grueling for many student-athletes, the signing day is a day of celebration.  After years of preparation and countless hours in the gym, it all comes down to that moment; the moment when a student-athlete sits down and puts the pin to the paper.

Unfortunately for most student-athletes in high school, they will never get the opportunity to sign a letter of intent to a college program, or have the opportunity even to continue playing the sport they love in college.  So for the select few that will get this opportunity, we have to come together and celebrate this amazing accomplishment - coaches, friends, family and the community.

Congratulations to all those individuals this week that will be signing from our staff here at Arizona Preps.