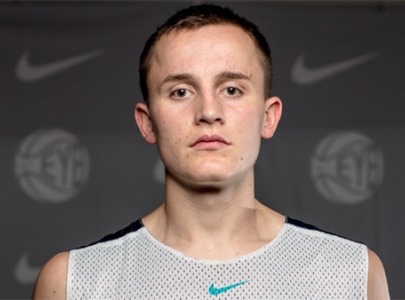 The state of Arizona's top rated basketball prospect in Arizona's 2016 class is Gilbert Christian High School's athletic and talented 6-foot-9, 210-pound senior post Mitch Lightfoot.  Lightfoot is going through the most important decision of his young life, and with some very good options for himself.  After taking each of his five official recruiting visits recently, Lightfoot has decided to wait to make his final decision at next weekend's exciting 17th Annual Arizona Preps Fall Showcase event, which will be held Saturday, October 24th @ Glendale Community College.

Lightfoot as been the state's top recruited prospect in the 2016 class, and one of the top prospects in the West, for some time.  Lightfoot is coming off a very good spring and summer performance, where he earned significant high-major division-I interest from around the country.  As a result, Lightfoot decided to take official recruiting visits to five different schools this fall before reaching his decision.

Lightfoot has already taken official recruiting visits to each school.  He visited Stanford (May 28th), Utah (September 3rd), Kansas (Sept. 17th), St. John's (October 2nd) and then to the University of Arizona (October 10th) this weekend.

Current San Diego State future star performer and former South Mountain High School 2014 graduate Zylan Cheatham announced his decision to attend San Diego State University at the 15th Annual Arizona Preps Fall Showcase in exciting fashion, in front of a nice crowd in attendance at the event.  This time around will be much more exciting as Lightfoot will make his decision between 5 different college programs on the evening.

You do not want to miss out on this year's exciting event!   Be sure to make it and don't forget to sign up.